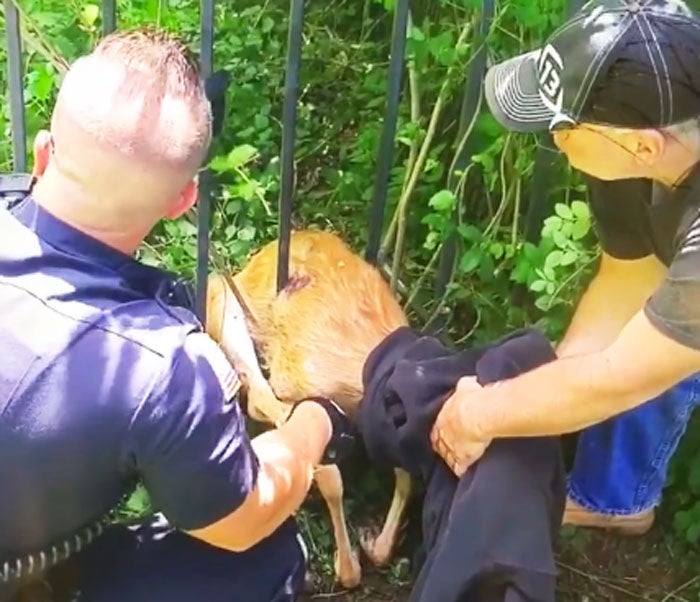 A New York deer is running free again after an intensive police and fire-rescue operation. Officers in Rome, N.Y., saved the deer, which had gotten itself stuck in a fence, by prying apart the wrought-iron bars pinched around its belly.

According to the Rome Sentinel, officers and firefighters responded to a neighbor’s 911 call and used hydraulic tools to widen the gap, freeing the deer.

Video on the Rome Police Department Facebook page shows the rescue. The squeeze caused some injury to the deer’s side, where blood can be seen, but the animal ran off as soon as its hooves hit the ground.