Earlier this month a pair of hunters in western South Dakota had a once-in-a-lifetime encounter with a gray wolf, a... 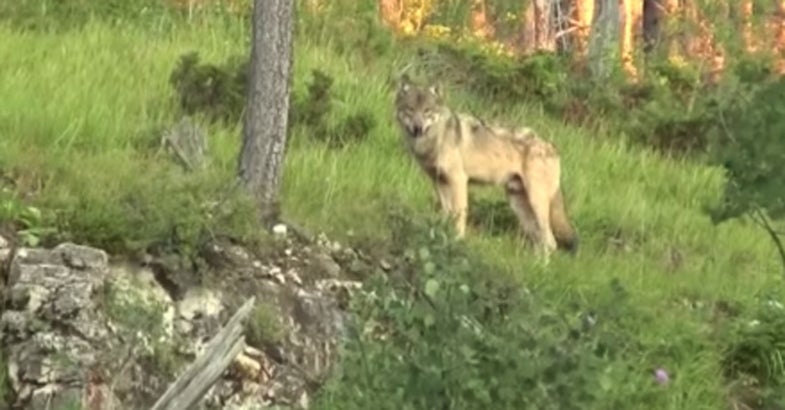 Earlier this month a pair of hunters in western South Dakota had a once-in-a-lifetime encounter with a gray wolf, a predator not known to inhabit that portion of the state, and were able to film the encounter as proof. As ABC affiliate KOTA reports, Lance Verhulst and friend Charles Kavanaugh were in the Black Hills looking for elk when they encountered the wolf on an undisclosed road. Verhulst had a video camera so he filmed the animal as it wandered back into the woods. He later shared the footage on YouTube.

Verhulst says he doesn’t want to reveal the location of their wolf sighting because he don’t want droves of people in the area looking for it. However, South Dakota Game, Fish, and Parks Regional Wildlife Manager John Kanta said that the agency is “pretty confident” the animal is a wolf passing through from another state. The last wolf sighted in the state was in 2012 and DNA testing showed it was from the Great Lakes region.