It’s not every day that you get a front-row seat to an all-you-can-eat feast for sharks, but that’s exactly what... 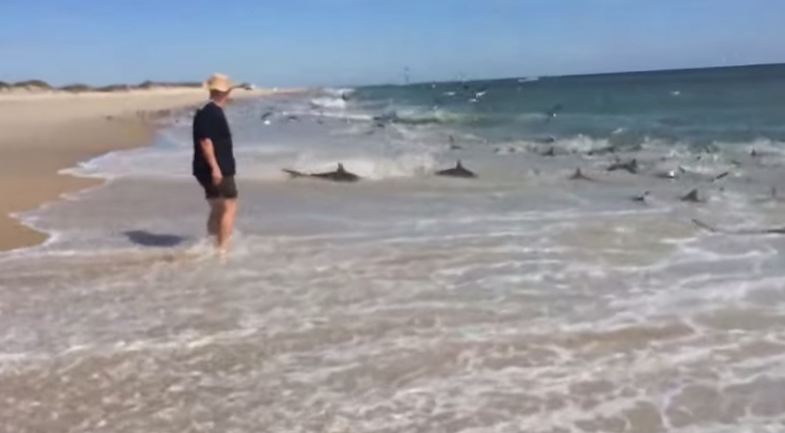 It’s not every day that you get a front-row seat to an all-you-can-eat feast for sharks, but that’s exactly what happened to North Carolina beachgoer and avid spearfisherman Donnie Griggs when he filmed as many as 100 sharks gorging on a school of bluefish in very shallow waters. A few of the predators were so caught up in the action that they risked beaching themselves along the Cape Lookout National Seashore. Griggs posted the footage to YouTube on October 9.

“I haven’t seen sharks feeding right on the shoreline before, with sharks being thrown up into the intertidal zone,” senior fisheries biologist Gregory Skomal told National Geographic, adding that the footage shows behavior he’d consider pretty rare. “They are so ravenous that they are only thinking about feeding. It’s remarkable.” Skomal said these were blacktip or sandbar sharks that were after young snapper blues no more than 8 inches long. It appears that all the sharks made it back into the tide unharmed and unlikely to regret their large meal.