Though snakes are known for their ability to wrap their jaws around small mammals and fish, one North Carolina angler... 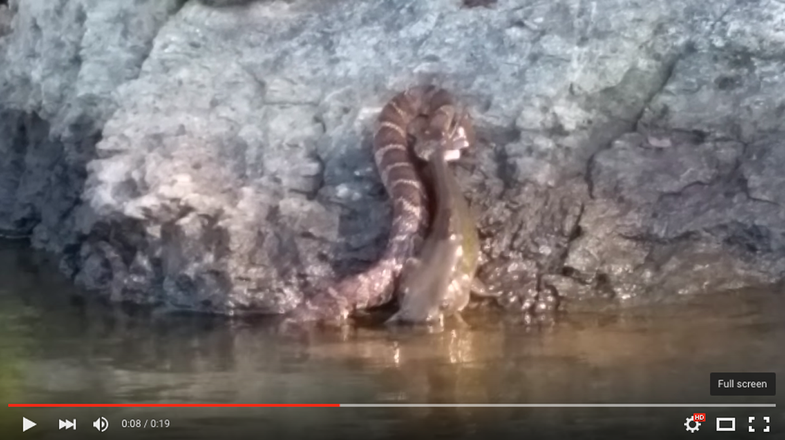 Though snakes are known for their ability to wrap their jaws around small mammals and fish, one North Carolina angler recently had an encounter with a serpent that had an appetite much larger than it could handle.

Angler Jason Dickerson told CBS affiliate WRAL that he had recently purchased a kayak from Craigslist and wanted to test it out, so he headed to Falls Lake, a recreation spot north of Raleigh, North Carolina. According to Dickerson, approximately 30 minutes into his inaugural fishing trip, he noticed a snake swimming past him dragging something large. On closer inspection, Dickerson realized that the serpent had clamped down on a respectable-sized catfish.

Dickerson was quick-thinking enough to snap a few photos, which he later posted to Facebook. He also captured a couple of short videos of the snake trying to pull the catch onto a rock, the best of which we’ve included above.