This week, an angler fishing along a United Kingdom beach hooked the last thing anyone would want to see at... 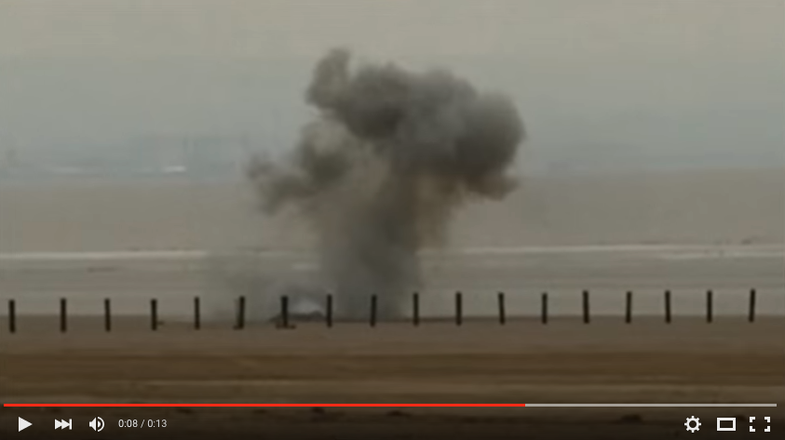 This week, an angler fishing along a United Kingdom beach hooked the last thing anyone would want to see at the end of their line—a live bomb.

Angler Barish Odemis told Burnham-On-Sea that he initially thought his line was hung around a rock. “I’d been fishing from the beach when my line got tangled,” Odemis said. “I tried to pull it free, then noticed that, in fact, it was metal. I quickly realized that it looked like an old wartime artillery shell, so I took it up the beach to a safe place, away from other people, before I called the police and coast guard.”

Once Odemis had the potentially lethal explosive away from where it could hurt others, he sent photos of the device to police so they could assess what precautions needed to be taken.

Soon thereafter, officers arrived on the scene, sealed off the area around the bomb, and evacuated nearby homes. Then, two members of the Royal Logistics Corps bomb unit carried the device farther down the beach, buried it in the sand, and detonated it via remote control.

Eyewitnesses watched from afar—though someone was able to record the detonation and later posted the video on YouTube. The bomb, however, was not the first wartime explosive to be found along English shores in recent years.