On January 22, an adult bull moose made its third trip to town, wandering through the Riverwoods area of Provo,... 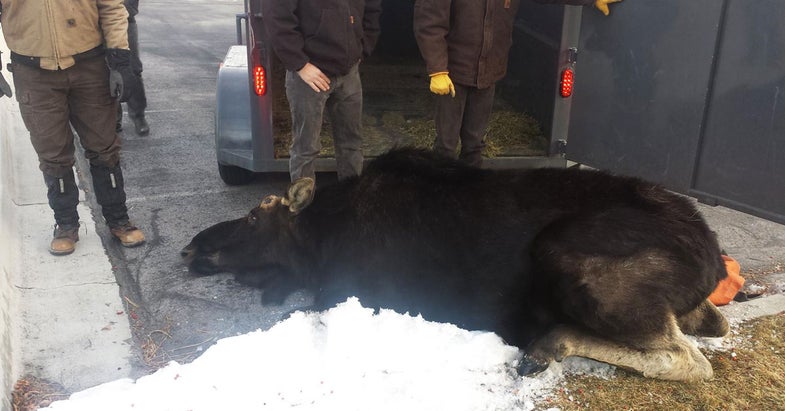 On January 22, an adult bull moose made its third trip to town, wandering through the Riverwoods area of Provo, Utah. The Provo Daily Herald reports that the moose strolled around a few streets, startling passerbys, before it then laid down in front of a business early in the morning. Police and the Utah Department of Wildlife Resources responded. Police set up a perimeter around the moose, as DWR personnel shot the animal with a tranquilizer dart.

The moose was loaded into a trailer and released into the wild. A DWR urban biologist told the Daily Herald that this was the same moose that had to be tranquilized and relocated on two prior occasions, once from nearby Mapleton, and once from Park City, about an hour away. The moose has survived all three relocations with no problems. DWR regional manager Covy Jones told the Daily Herald, “Moose relocate really well, they’re super resilient.”