When logger Garrett Smith of Rice Lake, Wisconsin, spotted a bear with its head stuck in an old five-gallon milk... 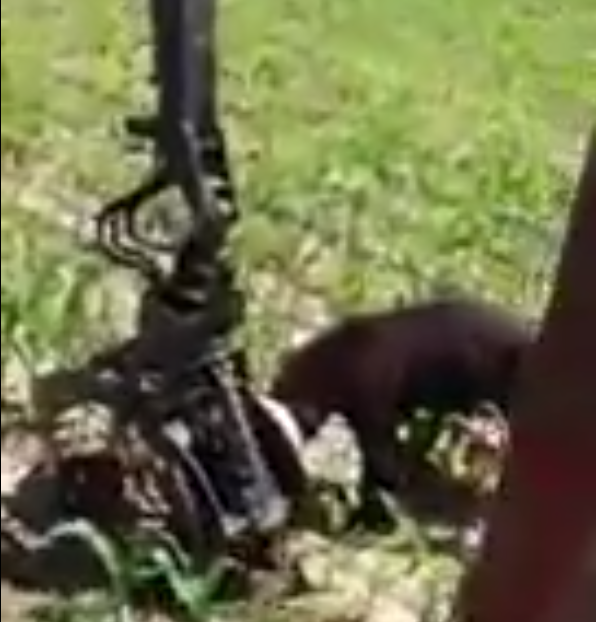 When logger Garrett Smith of Rice Lake, Wisconsin, spotted a bear with its head stuck in an old five-gallon milk jug he wanted to save it. The day was hot, and Smith was worried the bear wouldn’t survive for long. The tricky part would be getting the can off the bear’s head without getting bitten.

Smith used his forwarder, the machine he had been using to move logs on the farm where he was working. With the landowner’s permission (and with the landowner following him and shooting cell phone video), Smith drove the forwarded into the cornfield where the bear was struggling with the can. Using the forwarder’s claw like one of those arcade-game claws, Smith was able to grab the can and give it a good pull while the bear pulled the other way. “I knew it was something you couldn’t do by hand,” Smith told reporters. “His head was swelled up.” The video has since gone viral and received half a million views.