Photograph via Fox 35 Some holiday anglers landed a dangerous catch last weekend, but not a shark or a barracuda.... 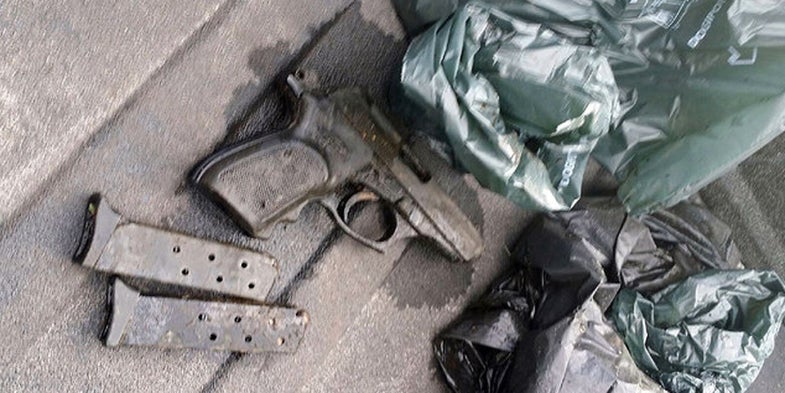 Some holiday anglers landed a dangerous catch last weekend, but not a shark or a barracuda. According Fox 35, three boys, in surburban Orlando, Florida, fishing in a community pond hooked a cocked .380 pistol, with two loaded “clips”—as the broadcast reports.

A property security guard passed the boys just as one of them cast 35 feet and started reeling in the weapon. The guard quickly took the pistol from the boys and called the sheriff’s office.“To ditch a gun in a lake in a plastic bag, wrapped up in a wash cloth, with bullets that are loose, and loaded clips,” says Joe Corica, the security guard, “somebody had gotten rid of it for some reason; that’s what I believe.”

The Orange County Sheriff’s Office now has the 37 recovered cartridges and the handgun, and is trying to track down who dumped them and why—but if you’ve ever watched a gangster or mob movie, you can probably guess why someone would ditch their pistol in a pond.