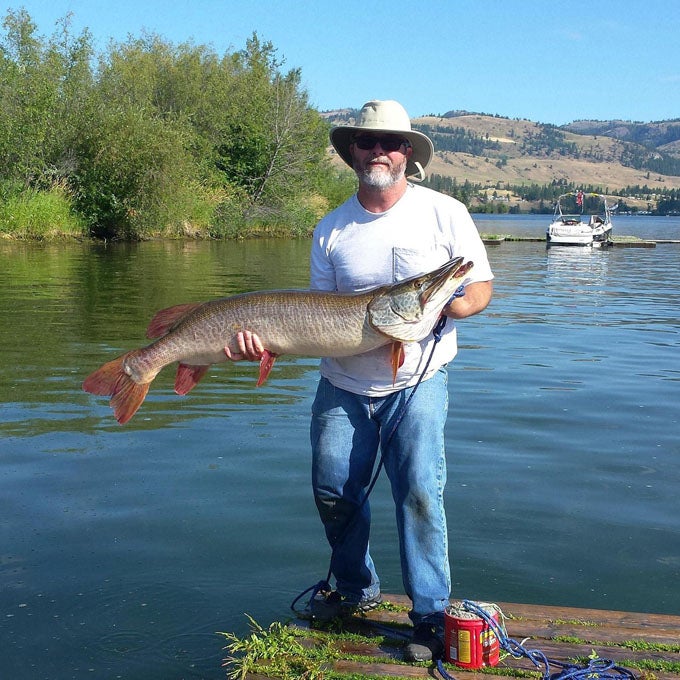 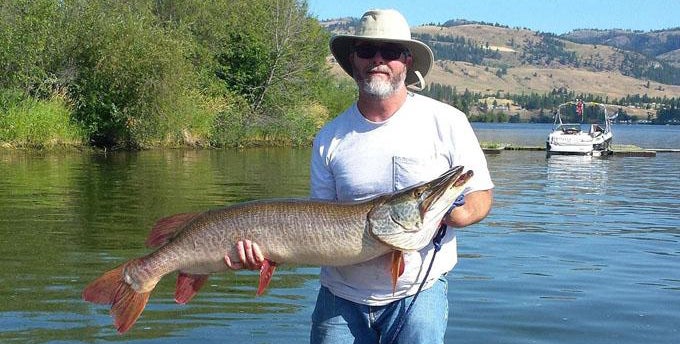 Washington angler David Hickman landed the 37-pound, 14-ounce on July 25. According to the Spokesman Review, the 50.37-inch long fish was weighed on a certified scale, and if approved by the Washington Department of Fish and Wildlife, will top the current record of 31.25 pounds set in 2001.

Tiger muskies are a cross-breed of female muskellunge and male northern pike. The result is a sterile fish that allows fish agencies to stock small numbers into lakes like Curlew without worrying they’ll overtake other fish species. Hickman’s fish was 12 years old and one of 336 fish planted in 2002.

“Curlew is very productive and I think the lake produces arguably the fastest-growing and most robust tiger muskies in the state,” he said.

According to Muskies Inc., an organization promoting muskie conservation, Washington produced eight of the top 13 all-tackle tiger muskies officially recorded in the U.S. in 2013, and eight of the top 10 in its fly-fishing category.