Tomorrow at 9 a.m., the Pennsylvania Game Commission is going to score an Allegheny County hunter’s buck to see if... 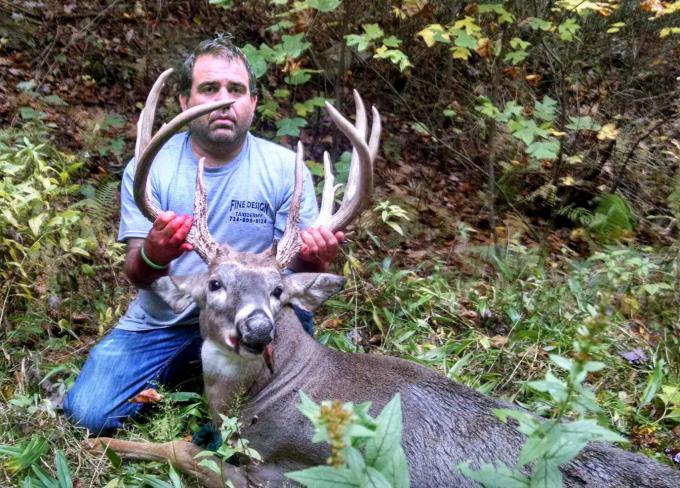 Tomorrow at 9 a.m., the Pennsylvania Game Commission is going to score an Allegheny County hunter’s buck to see if it’s large enough to become the new state record—and you can watch it all in real time.

According to the York Dispatch, archery hunter Jeff Lenzi tagged an incredibly large 10-point whitetail on October 10, and now that the required 60-day drying period is coming to a close, he’s scheduled to bring the rack to the Commission’s headquarters for an official score. Pennsylvania Big Game Records Program coordinator, Bob D’Angelo, will score Lenzi’s buck Tuesday morning, and the Game Commission will stream the event live on its website.

“We are getting plenty of calls from hunters who have heard about the trophy buck, or have seen photos of it,” D’Angelo said. “It does not surprise me a buck of this caliber was taken in Allegheny County. Allegheny County has the second most entries in the Pennsylvania Big Game Records book, behind only Bradford County.”

The state began maintaining big game records in 1965. While entries are categorized by method of take and typical or non-typical frame, Lenzi says preliminary measurements suggest his buck could beat the largest overall record—a 189-inch buck taken in 1943. The current archery record is 178 2/8 inches, set in 2004. “This trophy also could meet the minimum score for inclusion in the Boone & Crockett Club’s records book, which is very difficult to do, and a testament to the trophy deer potential we have in the Keystone State,” said D’Angelo. Watch online to see how it all plays out.