Fisherman Steve Bargeron was recently fishing from a dock in Fort Pierce, Fla., when a fellow angler reeled up an... 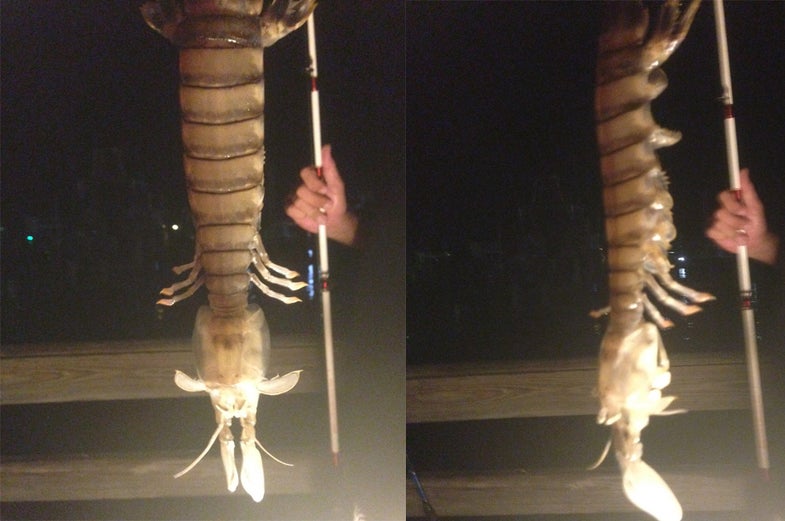 Fisherman Steve Bargeron was recently fishing from a dock in Fort Pierce, Fla., when a fellow angler reeled up an 18-inch-long crustacean that seemed to be part shrimp, part lobster, and entirely from another world. Bargeron was able to snap a few photos before releasing the creature back into the water.

According to a post on the Florida Fish and Wildlife Conservation Commission’s Facebook page, scientists think the animal was a mantis shrimp—a stomatopod, or kind of crustacean, that is not actually related to a shrimp at all. There are more than 400 species of mantis shrimp in the world, and most grow to only 12 inches in length. They are known to be incredibly strong, move by flipping their tails like a lobster, and have earned the nickname “thumb splitters” for the damage their powerful claws can do, if mishandled.