In an effort to manage a growing black bear population and curb the rise in human-bear conflicts, Florida officials announced... 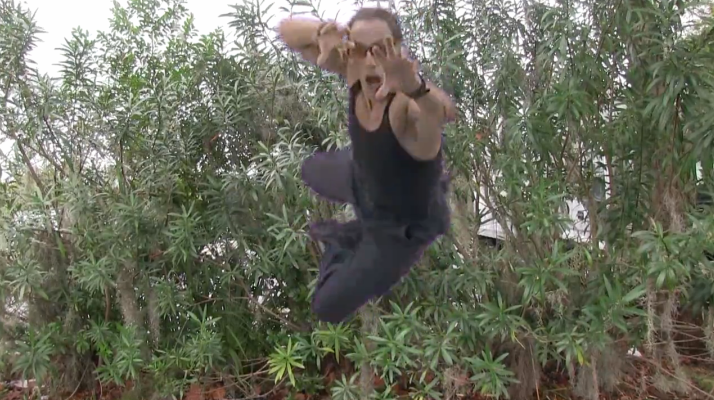 In an effort to manage a growing black bear population and curb the rise in human-bear conflicts, Florida officials announced that they plan to revive an annual bear hunt as soon as this fall. Four recent bear encounters have led to serious human injury, including the mauling of two Seminole County women, and suburban developments continue to encroach on bear habitat in the vicinity of Ocala National Forest. The Florida Fish & Wildlife Conservation Commission decided last week that it was time to consider hunting as a management tool.

So what does Jean-Claude Van Damme have to do with it?

Orlando Sentinel reporter Jon Busdeker recently released a video featuring the martial arts expert offering “bear hunting tips.” (Van Damme actually filmed himself in front of a green screen and made the footage available online to anyone who wants to use it.) Busdeker uses the silly video to introduce the serious debate between Floridians who believe people—and their garbage and sprawl—are the problem and those who think the hunt will help restore balance.

Black bear hunting has been banned in Florida since 1994. The bear was listed as a threatened species for 20 years before that, but was delisted in 2012. Both the Sierra Club and the Humane Society of the United States oppose the fall hunt and requested that the Florida Fish & Wildlife Conservation Commission (FWC) hold off on their decision until the state finished surveying the Florida black bear population, but their request was not honored.

FWC officials say that many of the human-bear encounters stem from people leaving out food and garbage, which entices bears to come into neighborhoods. According to a recently conducted field study, residents who live in bear territory and use bear-proof garbage cans reduce human-bear conflicts by 95 percent, Business Insider reports. Bear-proof trash cans can cost around $200 each, but Busdeker points out that many of the neighborhoods in bear country are high-end, gated communities and there are assistance programs for residents who can’t afford a safer trash can.