While you were enjoying a barbecue and watching fireworks on Saturday, the West Virginia Natural Resources Police were investigating a... 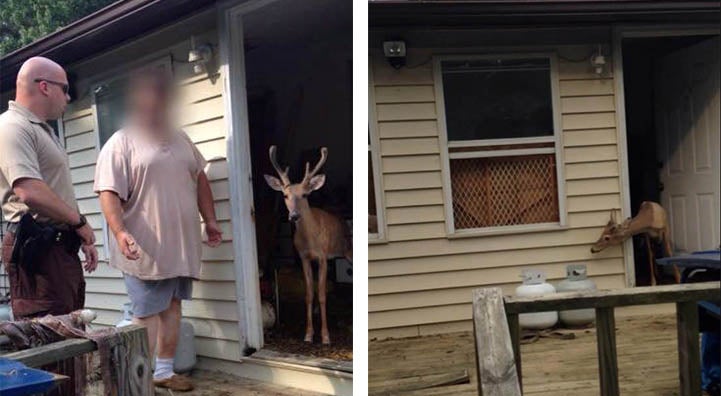 While you were enjoying a barbecue and watching fireworks on Saturday, the West Virginia Natural Resources Police were investigating a man who had been keeping two deer captive for at least a year.

According to The Washington Post, officers responded to a complaint that deer were being kept inside of a man’s home in Cabell County, which borders Ohio to the northeast. They saw a six-point buck when they arrived at the house and discovered a second deer during the interview.

“While they were interviewing the subject, they could hear the commotion in the back part of the house, and the man tried to explain it away as a dog,” police spokesman Sgt. Gary Amick said. “He finally confessed it was a second buck.”

Apparently, the man captured the bucks as fawns thinking they were injured. Police released the deer, but the man might not get off so easy. He was charged with two counts of illegal possession of wildlife. If convicted of the misdemeanor, he could be fined up to $300 and face jail time.