File photo courtesy of _jinterwas_/Flickr This week police in Tbilisi, Georgia, shot and killed a white tiger after it escaped... 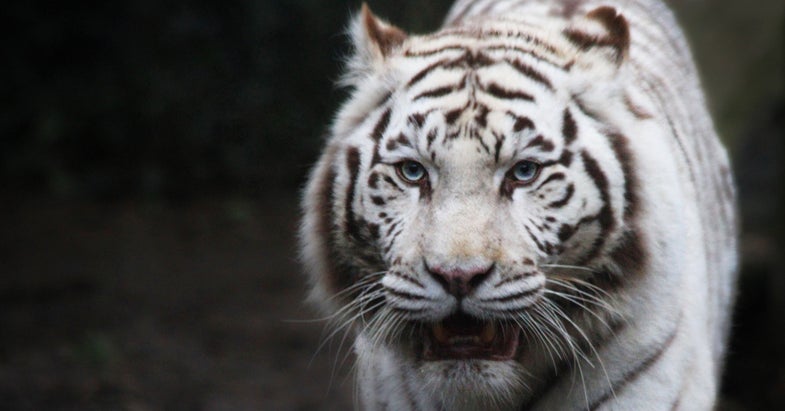 This week police in Tbilisi, Georgia, shot and killed a white tiger after it escaped the city’s zoo, during a flood, and killed a man while on the loose. The victim was cleaning a flooded warehouse when the tiger attacked, seizing him by the throat, as CNN reports.

Other animals also escaped the zoo during the flood, including a hyena and another tiger, which remain free. Authorities are cautioning residents to stay indoors as the search for the animals continues.

As The Guardian notes, the flash floods that devastated the Georgian capital killed 20 people, including three zookeepers, and destroyed much of the zoo. Many of its animals died in the flooding, but others escaped their cages and began wandering city streets. Police hunted down and shot some animals, but rescue workers were able to capture others unharmed, such as a hippopotamus. Likewise, one of the zoo’s African penguins was swept away in the Vere river, but it was recaptured at the Azerbaijani border, 37 miles downstream.

Georgian Prime Minister Irakli Garibashvili proposed the creation of a park in the zoo premises to honor people who were lost in the flood. “It will be a park of solidarity, a symbol of our unity, selflessness, and mutual support,” he said in a statement on his website.

See videos about the floods in Georgia below.