Yellowstone National Park is on fire, but still open, if you can get to it. Neighboring Grand Teton National Park... 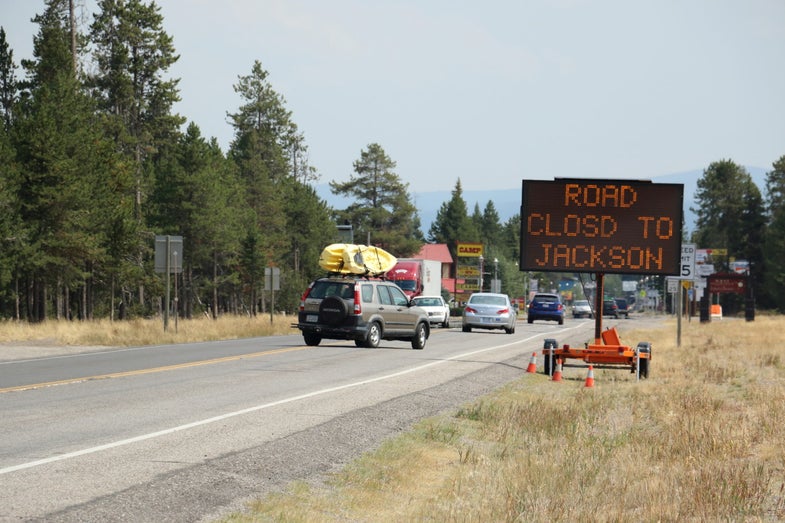 Yellowstone’s South Entrance is part of that link. The entrance near Jackson Hole, Wyoming is the park’s second busiest gate. According to Associated Press, more than 4,000 vehicles a day enter the park from the south.

“It’s the main thoroughfare between Jackson and Yellowstone National Park, and this is the 100-year centennial of the National Park Service, so there’s a lot of celebrations going on,” says Brian Lawatch, fire spokesman. “So it’s definitely that tourist season where there’s a lot of people who won’t be able to go through for now.”

The closure means thousands of park visitors in Wyoming must re-route through Idaho to access the nation’s first park via the West Entrance, the park’s busiest gate, in West Yellowstone, Montana.
It’s a detour worth several hours of travel time and it’s not risk-free. Yellowstone has its own hotbed of wildfires burning just a few miles from the West Entrance. The Tatanka Complex of fires involves five burns including the Maple Fire near West covering more than 27,000 acres.