A Colorado wildfire that burned 16,500 acres has officials concerned about the survival of a “totally unique” family of endangered... 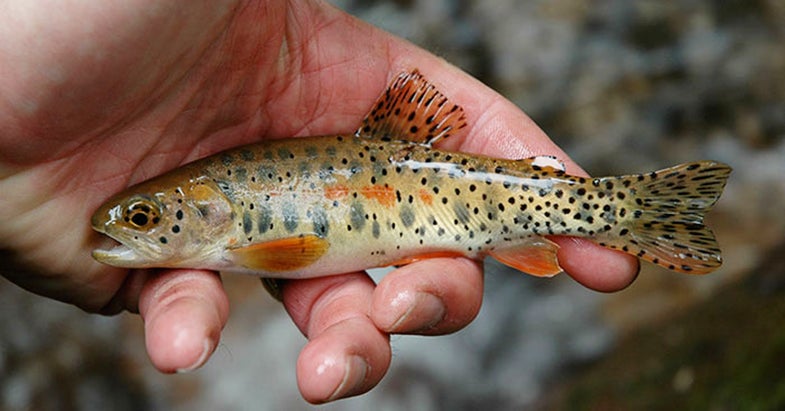 A Colorado wildfire that burned 16,500 acres has officials concerned about the survival of a “totally unique” family of endangered cutthroat trout. The fish—about 2,000 in all—are related to greenback cutthroat trout, but their DNA is unlike any other fish, Greg Policky, a Colorado Parks and Wildlife fish biologist, told the Gazette.

“There’s no other cutthroat population that shares their genetics, and when they’re gone, they’re gone,” Policky said.

Officials’ concern for the fish mounted as the Hayden Pass Fire—the result of a lightning strike—moved toward a small section of Hayden Creek that is home to the fish.

Colorado Parks and Wildlife, along with the U.S. Forest Service, has been working for years to grow the population of the endangered trout. Their efforts included building a barrier to prevent other fish from entering the habitat, as well as removing brown trout from the area, the Gazette reports. “Prior to all that work, they were barely hanging on,” Policky told the paper. “Prior to this fire, they were doing very well.”

According to 9 News, within the last couple of weeks, officials have discovered a group of the fish in a lower section of Hayden Creek. Some fish will be left there, others will be moved to different sections of the creek, and still more will be taken to an isolated hatchery in an attempt to prevent their extinction.