Wildfires that have burned millions of acres and destroyed homes in the West this summer are also threatening Washington state’s... 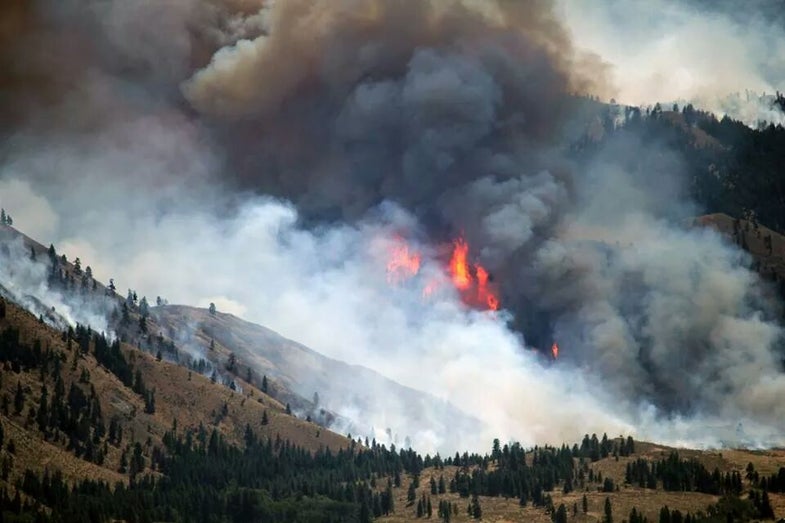 Wildfires that have burned millions of acres and destroyed homes in the West this summer are also threatening Washington state’s largest mule deer herd. Some 256,000 acres of the Methow Valley in northern Washington have burned leaving mule deer without the shrubs and bitterbrush they rely on for winter browse. As many as 10,000 deer will make their annual migration down from the Cascade mountains into the valley in a few months. Fires have also destroyed miles of fencing that keep the herds out of orchards and cropfields, increasing the chances of crop damage.

Per the Missoulian, officials say there may be too many deer for the burned habitat to support over the next few years. “We know we need to take steps to reduce the size of the herd,” Scott Fitkin, Department of Fish and Wildlife biologist says. “That effort will focus initially on minimizing conflicts between deer and agricultural landowners.”

The Department of Fish and Game hopes to secure federal funds to rebuild deer-proof fencing to keep deer out of agricultural areas. In the meantime, it plans to increase antlerless permits to reduce the size of the herd.