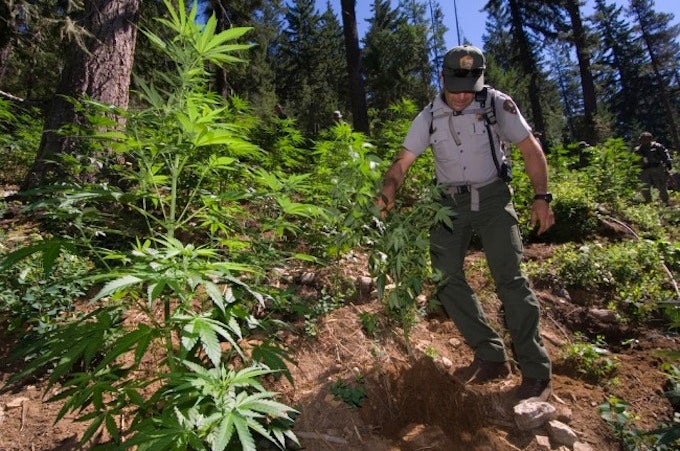 In a pilot program aimed at bringing cannabis cultivators into environmental compliance, five agencies have targeted 14 active marijuana growing operations along Sproul Creek in northern California. Officials are inspecting these private properties to evaluate the impacts that the crop may have on waterways and wildlife. The goal is to be proactive with enforcement near the most sensitive habitat areas, hold violators responsible for damage, and create a pathway towards compliance for growers who wish to be environmentally sound.

According to the Outdoor Wire, Sproul Creek is within the Eel River Watershed, and it’s home to five endangered salmonid species, including coho salmon. Last year, the stream went dry and officials believe that water diversions for marijuana cultivation, combined with the ongoing California drought, could be to blame.

Cris Carrigan, Chief of the State Water Board’s Office of Enforcement, says that investigators are not concerned with whether or not the marijuana cultivator has a medical marijuana prescription, but instead will focus on the grower’s water use and general environmental degradation. “Taking this regulator approach is a turn from the traditional law enforcement approach,” Carrigan told the Eureka Times-Standard. “It is one of those areas where, if we do not act soon, we will lose species.”