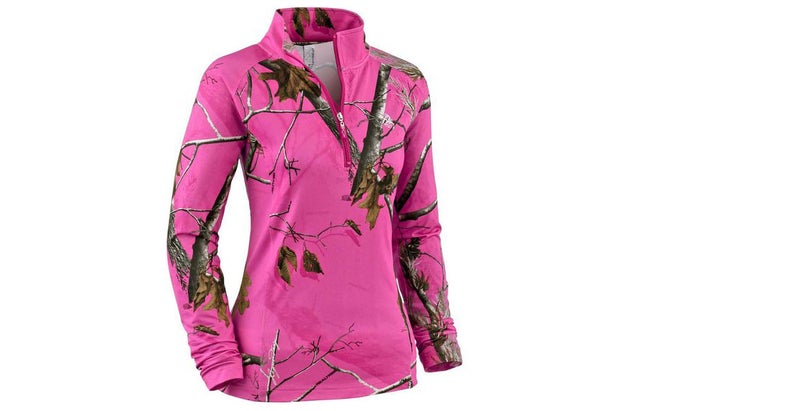 Previously, hunters had to wear orange on at least 50 percent of their upper half. With today’s amendment approved, blaze pink counts as a legal alternative during deer firearm seasons.

Studies show that blaze pink is easier to see than orange is, and harder for wildlife to recognize. Earlier this month, however, the Women’s Hunting and Sporting Association called the bill to allow blaze pink sexist. Sarah Ingle, president of WHSA, told TMJ 4: “I think that it was an ill-advised idea to get women involved in hunting. …Saying a woman would choose a lifestyle of hunting, fishing, gathering her own game just because she can wear a color is sexist.”

In October, WKOW reported that retailers are eager to start ordering the new hue. “People are always interested in the new features and products, and we’re happy to support those and give our customers the option if they’re interested,” Sammi Linder, Cabela’s marketing manager, is quoted saying.