After vanishing from the area’s landscape 150 years ago, elk are being reintroduced in the Black River State Forest in... 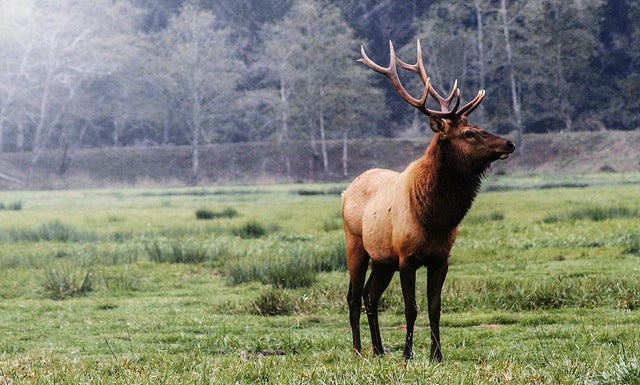 After vanishing from the area’s landscape 150 years ago, elk are being reintroduced in the Black River State Forest in Jackson County, Wisconsin. Shipped from Kentucky, the first group of 23 were released in August of last year; in July of this year 50 more were released, 39 adults and 11 calves, WKBT reports.

Scott Roepke, a Wildlife Biologist with the Wisconsin DNR, explained to WKBT that “elk were a native species not only in Wisconsin but throughout the lower 48 states,” and that Jackson county is prime habitat for reintroduction, with “exceptional forage opportunities.”

However, for now the elk will stay put on the 320-acre range, with a second herd being brought to northern Wisconsin near Clam Lake. For hunters, the benefits of the reintroduction are distant, with an elk hunting season delayed for perhaps 8 to 10 years.