Photograph: Ladies Performance Zip Mock Wisconsin could be the first state to recognize blaze pink as a legal substitute for... 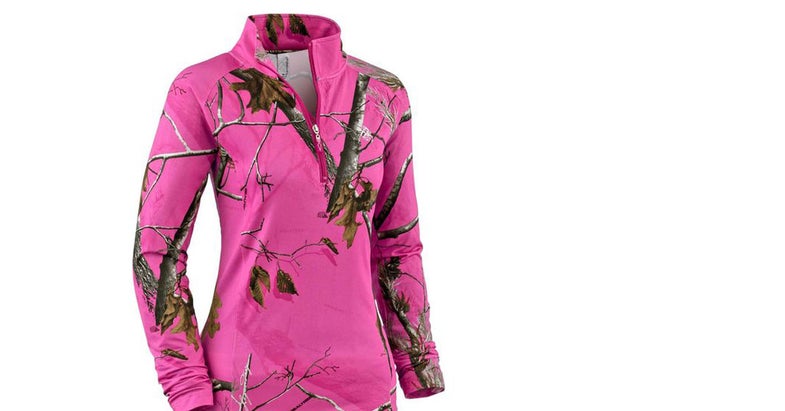 Wisconsin could be the first state to recognize blaze pink as a legal substitute for hunter orange if a new bill passes.

Researchers at the University of Wisconsin-Madison say studies show blaze pink is easier for humans to see and harder for animals to spot—but Wisconsin hunters (and hunters across the U.S.) currently face a penalty if they’re not wearing blaze orange. The blaze pink bill, discussed in a public hearing last week, could change that.

As WKOW reports, area retailers currently do not sell blaze-pink apparel, but that could quickly change if the color is legalized for hunting. “People are always interested in the new features and products, and we’re happy to support those and give our customers the option if they’re interested,” says Sammi Linder, Cabela’s marketing manager.

Those in favor of the blaze pink bill say legalizing the color may help the sport appeal to new women hunters, who outnumber new male hunters three to one in Wisconsin. The bill faces opposition from some legislators, however, who say that those in favor of it want to do nothing more than make a fashion statement.

WKOM reports that the bill has yet to be voted on by the full assembly.