Photograph via Randy Crawford/Facebook The temptation of killing a nice deer should never trump violating local hunting restrictions, as a... 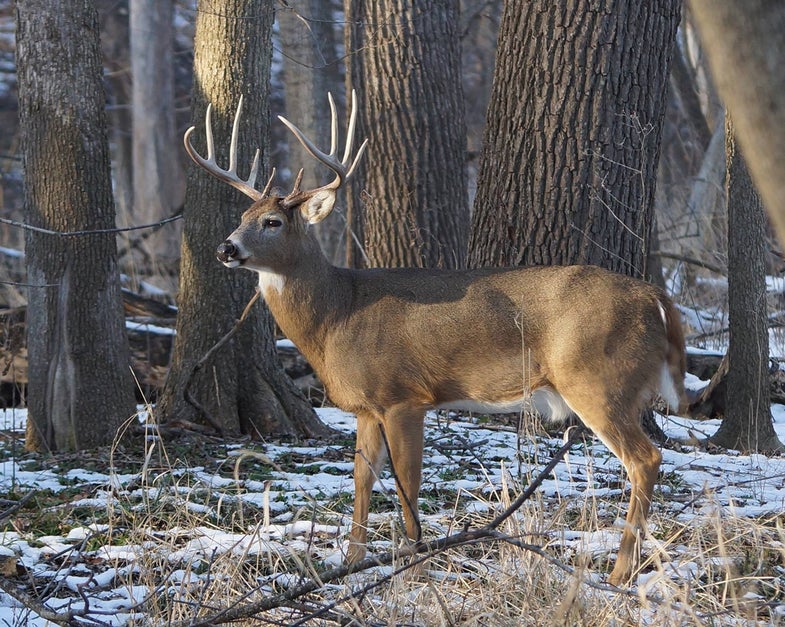 The temptation of killing a nice deer should never trump violating local hunting restrictions, as a man in Wauwatosa, Wisconsin, learned the hard way this week. On Sunday, the man (whose name has not been released) shot and killed an impressive 10-point buck with a crossbow in the last place it should’ve gone down—in a public park in the middle of the sprawling Milwaukee suburb.

The Menomonee River Parkway, where the deer was shot, is a 4 ½-mile-long walkway along the Menomonee River, sandwiched between I-41, residential neighborhoods, shopping centers, and a train yard. The Journal-Sentinel notes that the parkway comprises a fair amount of land “but not enough for a deer to hide in.” Unsurprisingly, hunting is not allowed in the parkway.

According to Fox 6 Now, Jim Bagley ran into the poacher right after the arrow hit its mark. “I bumped into the man,” Bagley says. “I saw a blood trail right on the ground and then I knew this man was a poacher.” Bagley asked for the man’s information then called 911. Wisconsin Department of Natural Resources is still investigating the case.

Wildlife photographer and hunter Randy Crawford has more than eight years worth of photos of that particular deer, which—he tells the Journal-Sentinel—_he nicknamed “Bowtie,” because of the white patch on its throat. The poacher could face an estimated $1,000 in fines and lose his right to hunt for a year. Some residents, however, want a steeper penalty. “This deer had a _wow factor,” Bagley says.