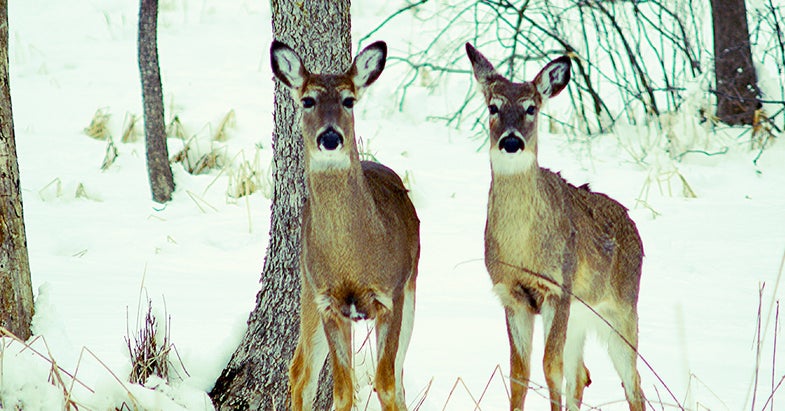 According to Gannett Wisconsin Media, earlier this month, Grant J. Boese, of Ripon, Wisconsin, was sentenced to six months in jail and three years of probation, and to pay $6,800 in fines and other costs, after a court found him guilty of what authorities describe as “thrill killing.” Boese will lose his state hunting privileges for 12 years, as well.

Arrested in November, Boese initially faced 128 separate poaching-related charges—yes, you read that right—for “thrill killing” 15 deer during the final weekend of Wisconsin’s 2014 gun deer season. Boese pleaded no contest to six counts of failing to obtain a deer hunting license. The remaining 122 charges were dismissed (but read into the record) as part of a plea agreement reached with prosecutors in Green Lake County Circuit Court.

According to the criminal complaint, on November 28, 2014, Boese shot 11 deer from the passenger seat of a vehicle. The following evening, a sheriff’s deputy recognized a pickup truck, occupied by Boese and two accomplices, that matched the description of the vehicle involved in the incident. Following a chase, in which speeds exceeded 90 miles per hour, the three men were apprehended when their truck crashed through a barbed-wire fence and came to rest in a muddy field.

This wasn’t Boese’s first run-in with the law, though. In 2014, he was convicted, in Winnebago County, Wisconsin, for failing to obtain a deer hunting license. He was subsequently sentenced to six months in jail for violating the terms of his probation on that conviction.

One of Boese’s accomplices, Steven Steger, of Princeton, Wisconsin, faces 74 criminal charges in connection with their 2014 spree. He’s scheduled to appear in circuit court in September. The third man has not been charged.