Wood bison will soon be reintroduced to Alaska 100 years after they were wiped out. On March 22, 100 wood... 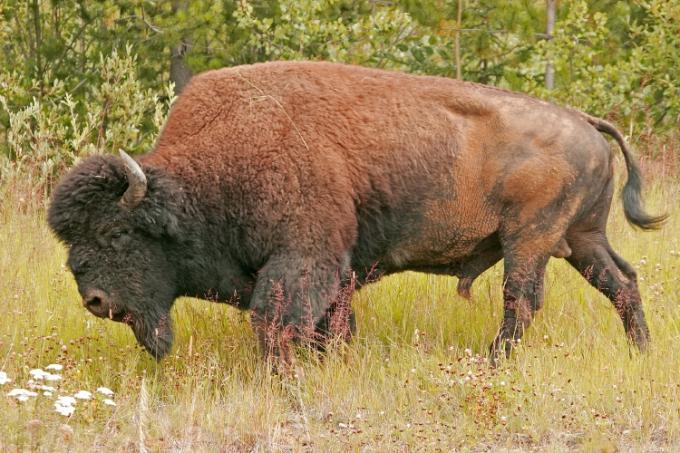 Wood bison will soon be reintroduced to Alaska 100 years after they were wiped out. On March 22, 100 wood bison were flown in special “bison boxes” from the Alaska Wildlife Conservation Center near Portage to a staging area near the village of Shageluk. Another 70 bison will soon join the group. After a few weeks of acclimation time, the herd will be released onto the Inoko Flats, according to the Associated Press.

Wildlife workers plan to steer the bison toward grasses, sedges and forbs as they green up by leading them with piles of hay placed closer and closer to wild foods. Among the bison being moved are 25 pregnant cows. Wood bison develop connections to places where they give birth, so it’s hoped they will imprint on the Inoko Flats. The animals will be radio collared and closely monitored for the next two years.

Wood bison restoration in Alaska is finally going forward, having been on hold since 2008 when a herd of Canadian bison were brought to the Alaska Wildlife Conservation Center. Their two-year quarantine period stretched to seven, but now the bison are about to be returned to the wild.

The wood bison is North America’s largest terrestrial animal, weighing up to 2,000 pounds. Originally inhabitants of the boreal forests of Canada and Alaska, the giant bison were nearly wiped out by hunting. A herd of 200 discovered in Alberta in 1957 provided the stock for restoration in Canada, and now there are an estimated 7,000 wood bison in the wild. If all goes well, wood bison will return to the United States as well. “It’s such an opportunity to go back in time and right a wrong. We as people never get a chance to do that, but in this case, they did,” Mike Miller, director of the Conservation Center, told the Associated Press.