Until this year, 26-year-old Bo Reichenbach had never been on an elk hunt. And until two years ago, the Billings,... 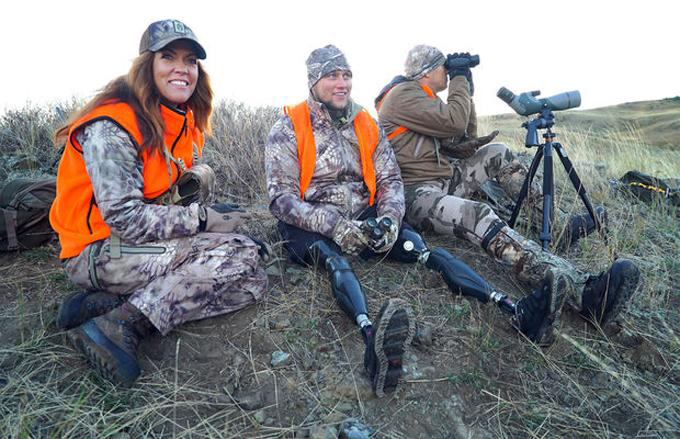 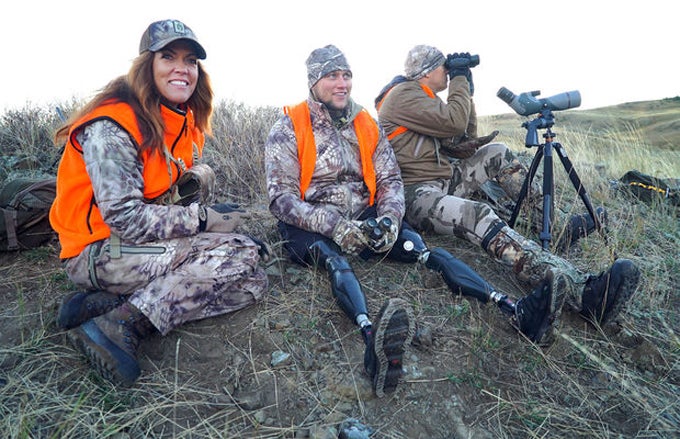 Until this year, 26-year-old Bo Reichenbach had never been on an elk hunt. And until two years ago, the Billings, Mont., native and former U.S. Navy SEAL walked on his own two feet.

In 2012, Reichenbach stepped on an improvised explosive device while on patrol in Afghanistan. He lost both legs above the knee. But that wasn’t enough to stop him from taking a seven-day trip into the Big Belt Mountains for his first elk hunt with his father and a few new friends.

The Missoulian reports that the hunt was set up by the Sportsman Channel’s “Skull Bound TV,” with help from the Rocky Mountain Elk Foundation and Northern Rockies Outfitters. For the occasion, Nosler built Reichenbach a custom rifle with a U.S. Navy SEAL trident etched into the bottom of the floor plate.

According to “Skull Bound TV” host Jana Waller, Reichenbach refused to settle for anything less than the complete elk hunting experience. Many hunts for the disabled use vehicles and take place along easily accessible roads. Not this one. On the first day, the Navy veteran attempted to use his robotic full-length prosthetics, leaning on Waller and his father for support, but quickly found that the rugged ground made that impossible. Determined to find an alternate strategy, he began using his track wheelchair to get him past the first leg of the morning’s trek, abandoning that once the group got within a mile or so of its destination. From there, he traveled on his short prosthetics, using his hands for balance. 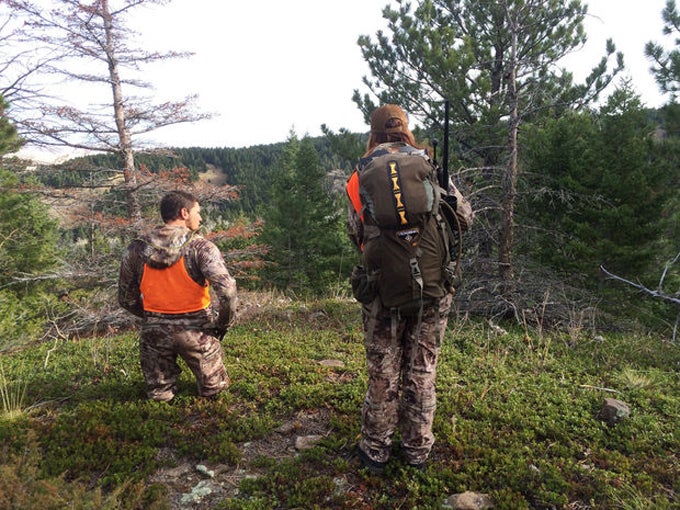 “You don’t become a SEAL without learning to overcome adversity,” said Waller. “After that first day, I could tell that he wasn’t going to be forced to come down [the mountain]. I would look around at him and see sweat pouring off his face. He’d say, ‘I’ll make it. I’ll get there.'”

For six days, the group saw elk, deer, and antelope, but never the perfect shot on a bull. On the seventh day, Reichenbach’s perseverance paid off. They spotted a group of five elk, including one prize bull, about three miles away and hiked for more than two hours to reach a steep ridge. For five more hours Reichenbach lay still on the cold ground, never taking his eyes off the coulee below.

Then, Reichenbach’s father whispered that he spotted some antlers raking a tree a little over 400 yards away. A 6×5 bull stepped out. The Nosler rifle rang out, and the bull fell. “I’m crying,” said Waller. “I look around and I see everyone is crying. I heard Bo say, ‘I finally found you.'”

All of that extra effort made the experience even sweeter for Reichenbach. “I definitely did not want to use my disability as an excuse,” he said. “There’s always a way to push forward, to figure it out. You’ve got to challenge yourself. That’s what life is all about.”