Photo via Brandy Sloan/Facebook In what can only be described as an unfortunate turn of events, a 30-year-old father of... 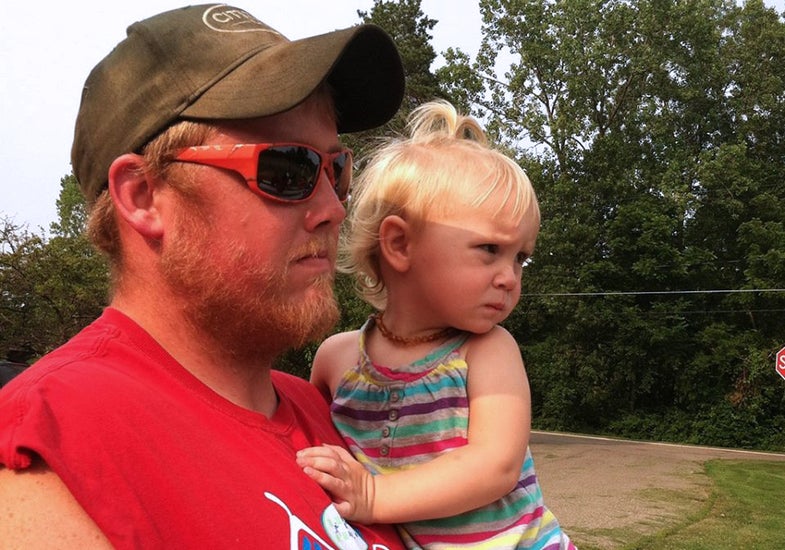 In what can only be described as an unfortunate turn of events, a 30-year-old father of three from Albion, Michigan, died of altitude sickness while hunting with friends and family in Wyoming’s Big Horn Mountains, in October.

MLive reports that Ben Sloan and nine others had been planning the hunting trip for months and hoped to camp and hunt around the slopes of the 10,162-foot-high Hunt Mountain. Sloan’s cousin-in-law, Blake Rainey, said that the men set up base camp at around 9,700 feet, and despite a pre-existing heart condition and a history of fainting spells, Sloan had no trouble keeping up with the group. “For the first three or four days we were scouting, he was with us, followed us, and was fine,” Rainey says.

But Sloan eventually experienced flu-like symptoms and remained in camp. The group insisted that he go to the hospital, but Sloan didn’t want to spoil the trip. “He didn’t want to take away from what we were doing,” Rainey said. “And that was Ben. . . He was unselfish and would be there for you, no matter what.”

On October 15th, Rainey returned to camp with a deer he harvested, and Sloan insisted that he take care of the meat instead of remaining in camp and watching over him. Unfortunately, when Rainey returned to check on his friend 40 minutes later, Sloan was unresponsive. Emergency crews arrived on the scene but couldn’t save him. According to emergency personnel, he died from altitude sickness—an ailment with a string of symptoms, such as dehydration and headaches, that can affect people differently depending on their elevation. However, in most cases, altitude sickness is rarely fatal since sufferers can recognize the signs and descend in elevation. “We had no idea,” Rainey said of Sloan’s diagnosis.

Fourteen-hundred miles away, Sloan’s wife, Brandy, received the news about her husband. “I feel really lost and empty,” she said. “I go to sleep at night and he’s there in my dreams. . . He was my best friend, my person.”

A GoFundMe account has been established to help the Sloan family with funeral and other expenses.