It goes without saying that there’s some real filth on the Internet these days. So much so that I hardly... 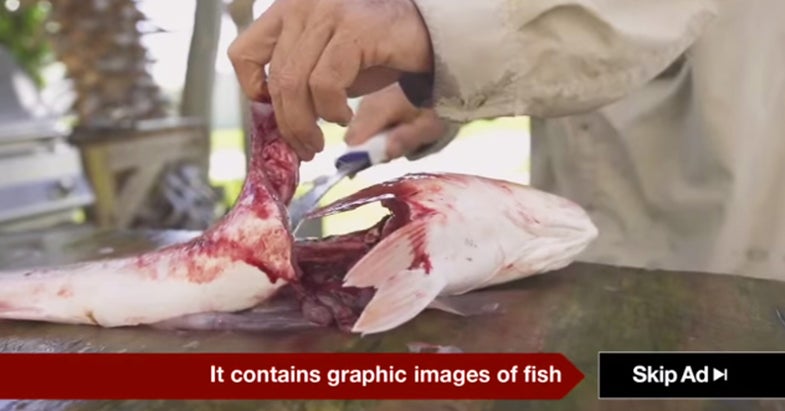 It goes without saying that there’s some real filth on the Internet these days. So much so that I hardly think a video of a man field dressing a deer or filleting a fish would ruffle feathers. Apparently, though, the powers that be at YouTube beg to differ.

As part of a promotional campaign, CarbonTV, an online outdoors network, recently uploaded video ads to YouTube that show a sportsman butchering a deer and a fish, accompanied by the playful tagline, “See What You’re Made Of.” The network intended for the ads to evoke reactions. And they did; YouTube’s ad service promptly banned the clips.

“We realized it wasn’t simply about asking people to tune in, it was about challenging them to stick around,” CarbonTV executive Dan Seliger told OutdoorHub.com. “We are committed to exposing as many people as possible to outdoor programming, and we thought this approach would get some attention.”

The strategy seems to have worked. Even though YouTube won’t allow the videos to run as ads on its site, CarbonTV has since reposted the clips (included below) as normal YouTube videos and shared them on Facebook.

What do you think—did the ads warrant the ban?