Although most outdoorsmen opt for a full-size four-wheel-drive pickup or SUV, there is a group to whom such vehicles are... 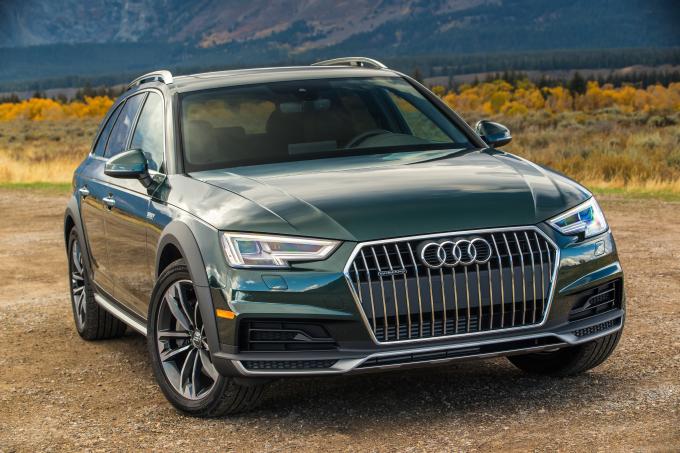 Although most outdoorsmen opt for a full-size four-wheel-drive pickup or SUV, there is a group to whom such vehicles are simply too much truck. They still need a vehicle capable of getting to and from the duck blind or trout stream, one with enough room to hold rifles, shotguns, rods, and other gear. They just want it in a smaller overall package.

This is a category that the Subaru Outback has owned for years. At the higher end of the price spectrum (what’s known as the luxury wagon segment), it’s also territory that belongs to Audi as well. Its Quattro all-wheel-drive system was introduced in the United States in the early 1980s and has remained, in various incarnations and refinements, in the line since.

The latest is the 2017 A4 allroad 2.0T Quattro S tronic. I was able to drive one last week in Wyoming. An early season snow squall turned the 200-mile test lap through the Bridger-Teton National Forest into an interesting experience, to say the least.

Audi is justifiably proud of the Quattro drive system, and its staffers believe the latest version carries the performance to new heights with something the manufacturer calls “Quattro all-wheel drive with ultra technology.” Essentially, it’s a drivetrain that utilizes an electronically controlled multi-plate clutch along with a decoupling rear axle differential to achieve fully variable torque distribution. In other words, it delivers all-wheel drive when needed but automatically disengages the rear wheels for better fuel economy when all-wheel drive is not needed.

In order to do this, Audi takes advantage of a multitude of sensors placed throughout the car. “A sensor checks the co-efficient of friction at the wheels and it says, ‘okay, the way this person is driving, we don’t need the rear wheels in drive,’” says product manager Anthony Garbis. “So, it opens the clutch at the rear end of the transmission and it opens the rear differential. Then it stops the prop shaft, stopping power to the rear wheels. Most of your [fuel economy] losses are from driving the bevel set in the rear differential, so by stopping that you get you get a lot greater efficiency.”

The key here, according to Garbis, is that the Audi system has reversed the locations of the friction clutch and the dogleg clutch. “This way, we’re not synchronizing from the slower axle to the faster axle, as seen in other systems. With those systems, it can take upwards of two seconds to engage [all-wheel drive]. And when you have something like that, it engages so slowly that you’re never sure when it’s going to engage. Because of the design, the system also has to engage the system more often. In that case, you lose the benefit of doing the decoupling.”

But with the A4, the engagement-decoupling process is seamless and happens so quickly the driver never notices it. “It will engage the system in roughly 200 milliseconds,” Garbis says. “And since it’s simulating 500 milliseconds in advance, you still have a few milliseconds of buffer time. Before you ever have any sign of potential slip, it already knows that it needs all-wheel drive. It’s a completely pro-active system.”

In essence, the system thinks faster than your brain can process road and traction input. And that’s a nice feature to have in slippery terrain, like the snow and mud we encountered at higher elevations. Throughout the test drive, I was unable to detect when the system coupled and decoupled. All I knew was that the vehicle had a firm grip on some really sloppy gravel and dirt roads.

Audi has also improved the suspension. We had a long run over washboard gravel roads, which can really show the deficiencies in a suspension. Audi’s design allows you to drive faster (assuming the conditions warrant such speed), essentially allowing you to glide over the washboard surface. Inside, you hardly feel the road. It also makes overall control of the vehicle much easier.

The price for this performance starts at $44,000 and tops out at just under $56,000, depending on optional equipment.