When I arrived in Africa last summer a friend gave me a knife. It was oddly shaped and had an... 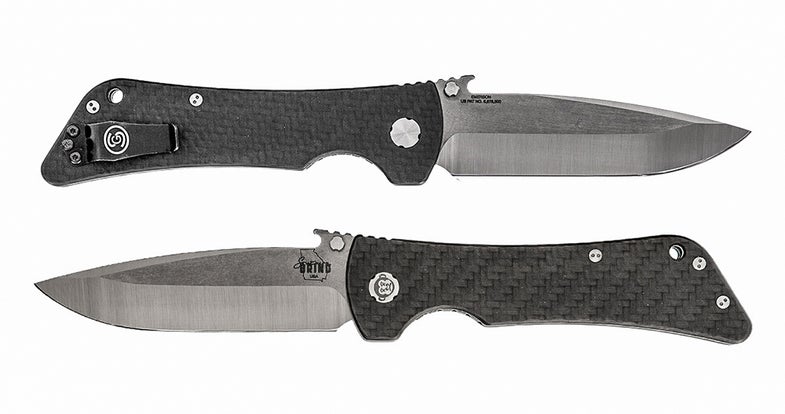 When I arrived in Africa last summer a friend gave me a knife. It was oddly shaped and had an odd name—Bad Monkey. I instantly liked it, shoved it in my pocket and the field test began.

For 21 days I treated the Bad Monkey like a borrowed hammer, using it to dispatch three animals, slice overcooked eland steaks, and cut brush. The high-carbon blade held an edge like a politician holds onto a lie, and the knife welds to your hand due to a deep index-finger recess in the handle and jibbing along the blade’s spine. An Emerson Wave hook is designed to snag your pocket and open the blade as it’s drawn, and there’s also a thumb stud for one-hand opening. I took it home and after field dressing two deer, I finally had to sharpen it. If the Vikings had carried Bad Monkeys, we’d all be speaking Old Norse and praying to Oden.

The Bad Monkey is available with eight blade styles, and you can custom configure your own at southerngrind.com. Outdoorsman and Grammy Award winning musician Zac Brown owns Southern Grind and is deeply involved with every blade. Southern Grind is located in the heart of Dixie and portions of the proceeds support Brown’s Camp Southern Ground, a youth organization dedicated to helping children with academic, social, and emotional difficulties to reach their full potential.

Hits: A one-hand folder with fixed-blade strength and a blade that holds a wicked edge through all kinds of abuse. It isn’t exactly cheap, but it’s priced at half what its worth.

Misses: Maybe a tad large for everyday carry, and there’s a learning curve to the Emerson Wave feature.

The Takeaway: A one-answer, bushcraft-like blade for hunting, surviving, and fighting if it comes to that.