Some calls make turkeys gobble when others won’t. I have an old MAD Cherry Bomb box that sounds like someone... 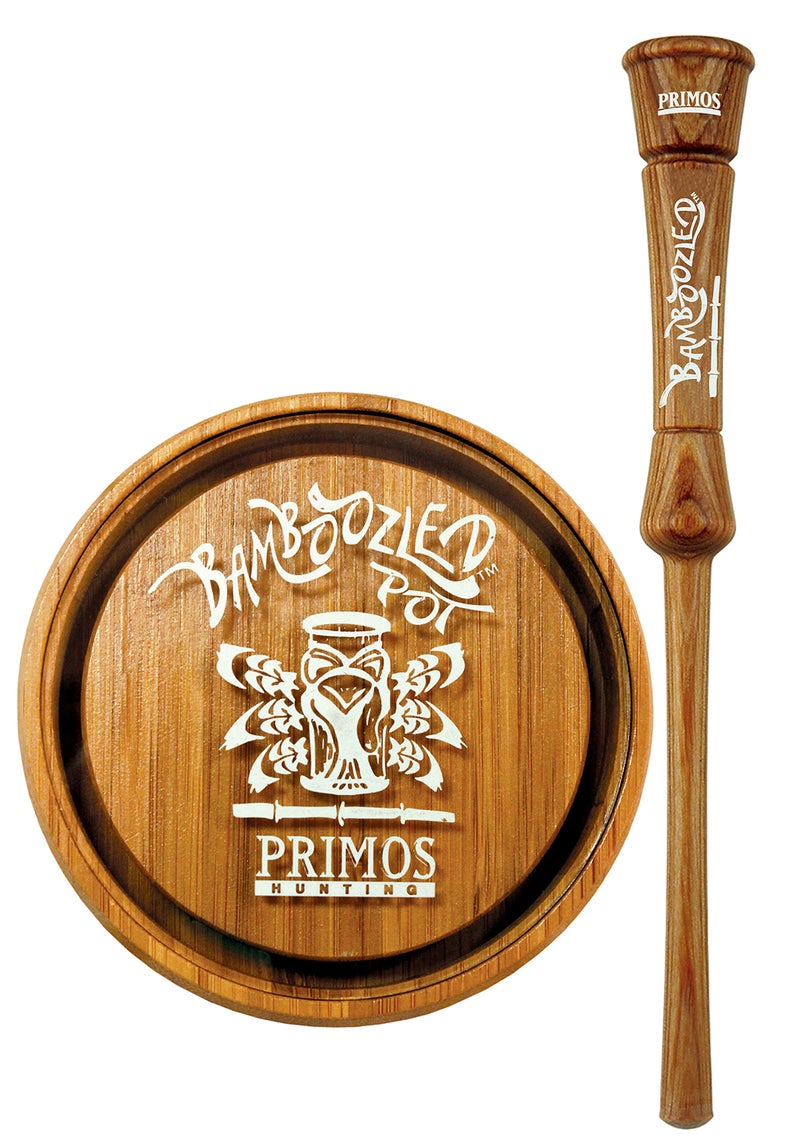 Some calls make turkeys gobble when others won’t. I have an old MAD Cherry Bomb box that sounds like someone scraping a nail on a tin roof—but it’s high-pitched and loud and when the woods go dead, I bust out the Bomb and birds gobble despite themselves.

That’s a good sort of call to have, and it’s the sort of call Primos’ new Bamboozled pot seems to be—except that it sounds like a turkey and not a tin roof. It’s called “Bamboozled” because the pot and striker are made of bamboo. I’ve been using this glass call, in Kansas and around my home in upstate New York, for the last couple of weeks; it’s a screamer and so far seems to be that call in the vest that just pulls gobbles when nothing else will.

Hits
It’s what you want in a glass call: high-pitched, loud, and clear. It throws piercing yelps and sharp cutts that are great for striking birds. Whereas glass calls can get a little pricey, this one is quite affordable.

Misses
Mine needed a lot of conditioning—even for glass—before I could get consistent sounds.

The Bottom Line
There’s often a tom somewhere within earshot of my house, and I’m prone to stepping out on the deck and calling just to hear one sound off. Lately that’s gone like this: I try one call, nothing; I try another, nothing; I bust out this pot call, gobble. That’s good enough for me.

There is also a Bamboozled box call, which matches a hardwood box with a bamboo paddle and produces good, loud calls—and which Phil Bourjaily reviewed earlier this year at the SHOT Show. Click here to see the video.