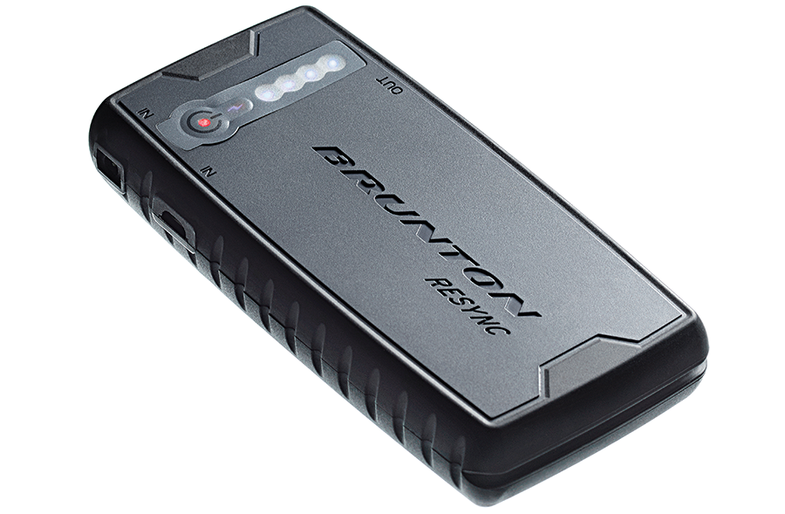 For better or worse, portable electronics are increasingly taken afield by sportsmen. What’s an outdoor adventure without Candy Crush, right? But how do you keep your smartphone or GPS powered up when you’re off the grid? The answer is portable power chargers. We gave four experienced sportsmen four different models to use for an entire season to see which produced the most juice in the most portable and rugged package.

The Lowdown: Based on performance, durable construction, and value, the 10-ounce Resync took the top spot. Corelli gave it high marks because “it came with the most accessories, including standard and micro USB cables, and a wall charger. Lots of value here.”
Anselmo also liked that all required cables were provided. He said the Resync was “quite portable and convenient to carry” and delivered more recharges than any other.
Cone noted that the “back of the power pack has a spot to hold USB adapters for multiple devices. You don’t have to carry extra things.” To Miller, the charger felt “bombproof in the field.”
Hits: “Built-in trickle charger.” —Corelli
Misses: “Bigger and heavier than some of the other units.” —Miller

The Lowdown: The Mophie (12.6 ounces) won praise for overall durability but lost points because testers felt it didn’t deliver as many recharges as the others. Corelli said the unit worked fine with his phone but struggled to fully charge his iPad. On the other hand, it withstood being dropped from his treestand and weathered use in his duck boat with no adverse effects. Miller noted the same. “It’s built to stand up to abuse and a drop or two, which happened.” But he felt that such a rugged unit should be waterproof, which it isn’t.
While the power pack charges quickly, said Cone, “it’s too easily drained of power. I can only get three to four charges from it.”
Hits: “Basic but tough.” —Corelli
Misses: “USB port covers don’t stay in place.” —Cone

The Lowdown: Three testers really liked the performance of this, the smallest of the four models (8 ounces). In particular, they singled out its ability to charge two devices at the same time, which “came in handy on a regular basis,” said Anselmo. “Two thumbs up!”
Miller called it “well built and compact. It gave three full charges for a smartphone, which was as good or better than some of the other units tested. It stores a lot of energy for being so small.”
For Cone, however, the unit delivered just two charges before it needed to be recharged. “I would expect to find it sold at gas stations,” he said. “For what it is, it’s overpriced.”
Hits: “Excellent value.” —Anselmo
Misses: “The connecting ports are exposed to the elements.” —Corelli

The Lowdown: The only model in the bunch with solar charging ability, the Solio (4.6 ounces) was deemed innovative but fragile. “It has the wow factor with solar,” said Miller. “It’s the real deal.” But like the other testers, he worried about overall durability.
When it was all juiced up, the Solio did not deliver as many recharges as the others, noted Corelli. “But because it’s a two-in-one unit—both traditional and solar—the unit itself can be recharged in the sun. That’s a real plus on a long wilderness trip.”
Cone said it was a “great idea, but the solar panel was simply too fragile, and took too long to charge up. The product is worth it, though, for someone who is easy on his equipment.”
Hits: “Off-the-grid green power.” —Miller
Misses: “The solar panel is an accident waiting to happen.” —Anselmo