I didn’t attend last week’s ICAST (the fishing version of the SHOT Show), but I did experience the next best... 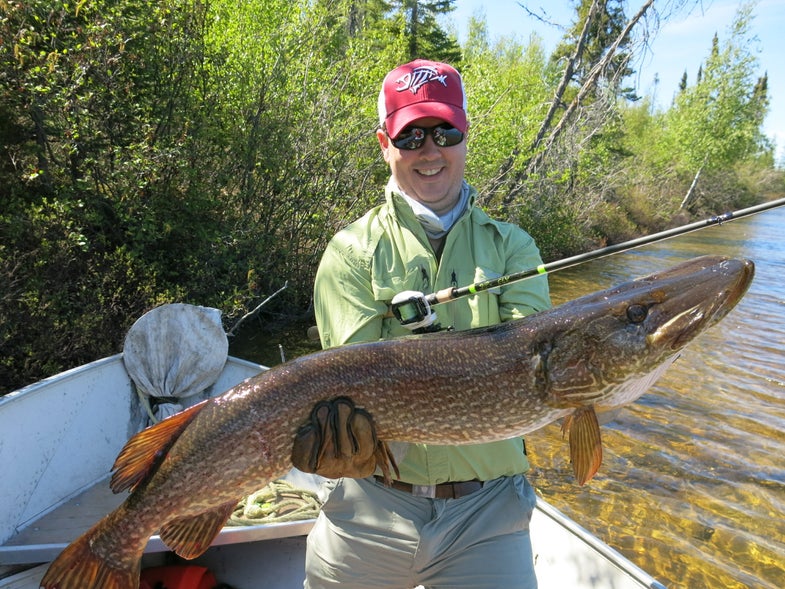 I didn’t attend last week’s ICAST (the fishing version of the SHOT Show), but I did experience the next best thing—following the “Hook Shots” guys on Facebook as they filmed some super-entertaining videos of new tackle. (If you haven’t watched their stuff already, you gotta check it out.) Another story from ICAST that caught my eye from afar was the winner for Best In Show in the freshwater-rod category.

The honor went to G. Loomis for their new E6X line. I can’t speak for the rest of the competition—and I’m sure there are plenty of great new rods—but for a week in June, I got to put two E6X models to the test. How’d they perform? Let’s just say I wasn’t surprised at all when they won Best In Show.

Last month, I flew north (way, way north) to Gangler’s Lodge on the North Seal River in Manitoba. Joined by Bruce Holt, director of communications for G. Loomis, he and I spent the week catching big pike, walleye, and lake trout lakes near the lodge. For about half of my time on the water, I threw a fly rod, but the rest of the trip I switched back and forth between two E6X rods—the Classic Mag Bass and Swimbait models. (There are 10 different rods in the E6X line.) Of those two rods, I fished the Swimbait model the most, because, well, the pike were absolutely crushing swimbaits. As with any rod designed to throw large baits, this one was strong and stout and easily stood up to huge fish (I landed a 43-inch pike, shown above, and a 37-inch laker with the rod). But unlike some big-lure rods, the E6X was still sensitive enough that I could enjoy the fight and it never wore me out, no matter how long I’d been casting it. The best feature about the E6X line, though, may be the modest price tag. Starting at $180, and going up to $200, these rods are a solid value.

During our last afternoon on the water in Canada, I had a tough time putting down the E6X Swimbait rod in favor of the fly rod, which, if you’ve fished with me, says a hell of a lot about how much I loved the rod.