I could describe the Razr iCE as the best new crossbow you’ve never heard of, but since it’s been on... 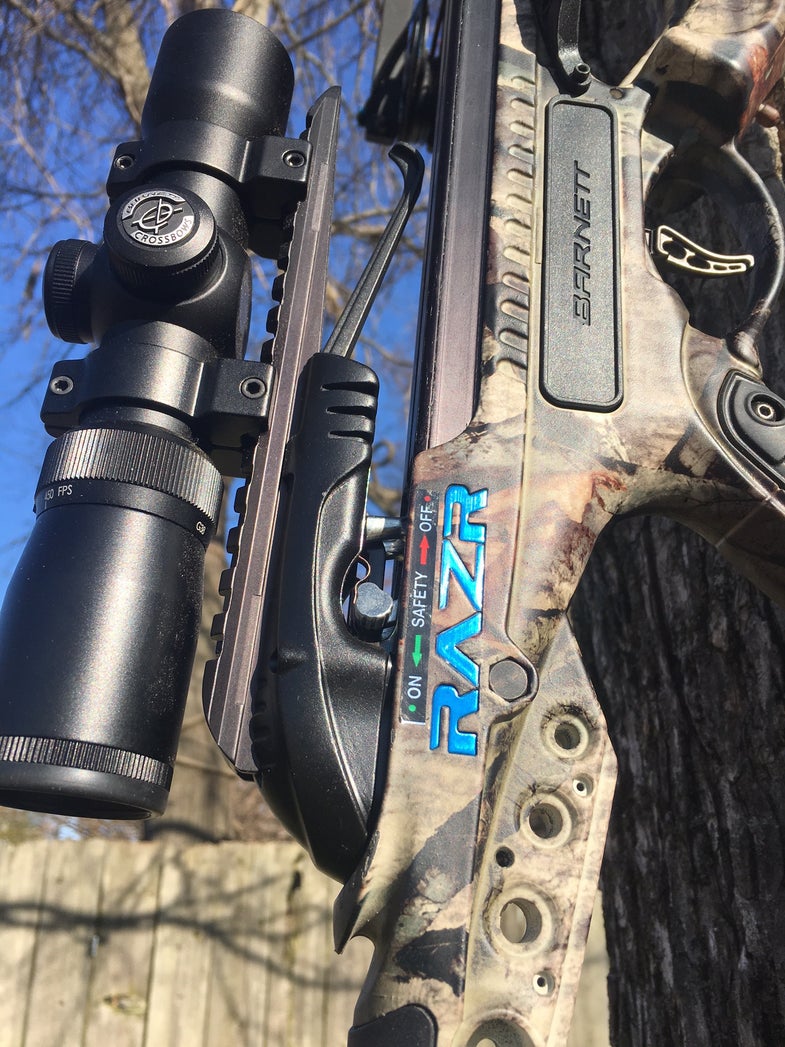 I could describe the Razr iCE as the best new crossbow you’ve never heard of, but since it’s been on the market for about a year, it’s admittedly not brand new. Plus, if you read our Holiday Buyer’s guide, you know this crossbow was included on the wish list.

Still, it was overshadowed by some other new bows—namely the BC Raptor Reverse—in the Barnett lineup in 2015. We tested the Raptor Reverse back in the spring for our 2015 crossbow shootout. While it was an undeniably handy bow with some cool features, its performance and construction left much to be desired.

Hindsight is 20/20, but Barnett should’ve sent us the Razr iCE for the spring review. It had a chance of winning the whole shooting match, pun intended. Instead, I first tried the bow during a Wyoming antelope hunt back in August. I killed a good buck with it, and after that hunt, I requested a sample bow for a more thorough range review.

The iCE is a reiteration of the original Razr—a crossbow that placed third in our 2014 review. With a 16-inch powerstroke and 185-pound draw weight, the old Razr was a 400-fps powerhouse, but it was just too big and bulky for our tastes. Plus, it generated an uncomfortable slap to the face with every shot.

Like the original Razr, the iCE version has a carbon-fiber stock (one that’s much more comfortable and ergonomic), and so it weighs just 6 ½ pounds. And yes, it still has a skinning knife in the handle. The biggest difference in this bow and the old Razr is simply the shorter, 14 3/8-inch power stroke. That costs you some speed, but at 380 fps, this bow still cooks, and the convenience and handling tradeoff is more than worth it.

It’s an accurate shooter. From a Dead-Shot Field Pod, I was able to get sub 2-inch groups at 50 yards. My only real complaint about the bow is the string-stop system. The two stops, which appear to be aluminum, are fastened to the barrel with tiny hex screws that loosen after a dozen or so shots. String stops take a lot of abuse in a crossbow, and given what this thing costs ($1,300 for the package, including scope and bolts), these should be more robust.

Still, it’s a minor complaint. This is a fine crossbow that puts outstanding performance into a package that’s actually manageable in the woods. That’s why it made my Christmas list—and why I’m recommending it to you if you’re in the market for a new crossbow.