About a month ago Deeter asked the question, “should felt soles be banned?” The responses ranged all over the board,... 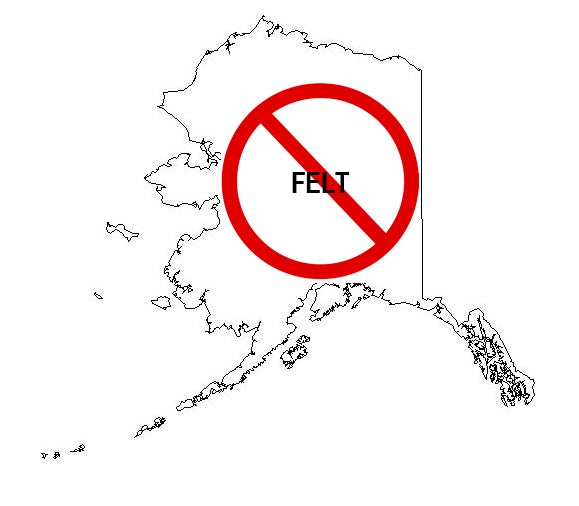 About a month ago Deeter asked the question, “should felt soles be banned?” The responses ranged all over the board, with many of you agreeing with the science behind the banning theory and many of you thinking it a waste of time.

Monday, Trout Unlimited urged Alaska’s Board of Fisheries to, “phase out the use of felt soled wading products in Alaska as a way to guard against the spread of aquatic invasive species.The Board will take up the proposal at its March 16-21 meeting in Anchorage.”

The same board passed a ban for the Southeast Region of the state last year which takes effect in that part of the state in January 2011. Trout Unlimited now thinks a full state-wide ban makes sense because Mark Kaelke, TU Southeast Alaska Project Director, says, “Fisheries in Alaska are simply too valuable to too many people not to take every reasonable action possible to stop the introduction and spread of aquatic invasive species in the future.”

Deeter and I are all for the felt ban and haven’t worn felt in many years. At first it was simply because I preferred sticky rubber on my local streams and rivers. Now I realize it was probably a good move all along.

I wonder how many of you have heard of similar pending legislation in your state, parks or municipalities? Would it be fair to ban in one part of a state and not another?