The males of a certain species of Mexican molly fish are apparently the ultimate piscatorial ladies’ men. How studly are... 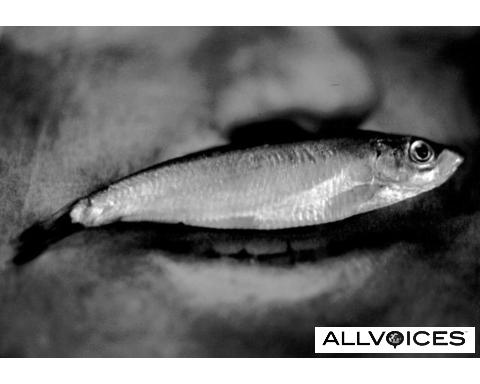 The males of a certain species of Mexican molly fish are apparently the ultimate piscatorial ladies’ men. How studly are they? So studly they can grow their own wee little mustaches. Hell, I can’t even do that…

From this story on Allvoices.com:
_A recent study of the Mexican male molly fish shows they grow a type of “moustache” to draw their mates, and apparently, size does matter. The molly fish is reasonably common species in Mexico. They live in freshwater lakes, ponds, creeks, rivers, and sometimes brackish waters. Unique to the Mexican molly fish is their courtship ritual. Unlike most species the female mollys are fertilized internally rather externally. According to a recent article on PhysOrg.com, what scientists are calling the male molly’s “mustache” is actually a series of epidermal outgrowths from the edge of the scales on the fish’s top lip. Apparently these growths appear to have no sensory function, and the size of these protrusions are not linked to the size of the fish.

The study was conducted by zoologist and professor, Ingo Schlupp at the University of Oklahoma. Growing up with a name like that it’s no wonder the guy studies fish for a living. Along with Schlupp’s colleagues in the U.S. and Germany the goal of the study was to determine the function of the mustache. Schlupp’s researchers caught and observed the mating behaviors of over 100 male and female Mexican mollies. This included measuring the length of the mustaches on those male fish which grew them. According to the paper which was published in the journal Behavioral Ecology and Sociobiology, the results showed that the ladies liked the ‘satche, which researchers called “a previously unrecognized sexually selected trait in poeciliid fishes.” So much like in the world of homosapiens, female mollys like a male who peacocks, and if the study data is correct, size indeed matters._

So that got me to thinking: considering the wide variety of mustache styles what mustache style would be appropriate for your favorite gamefish?