It seems as if the story I posted at the end of last month about the potential world record steelhead... 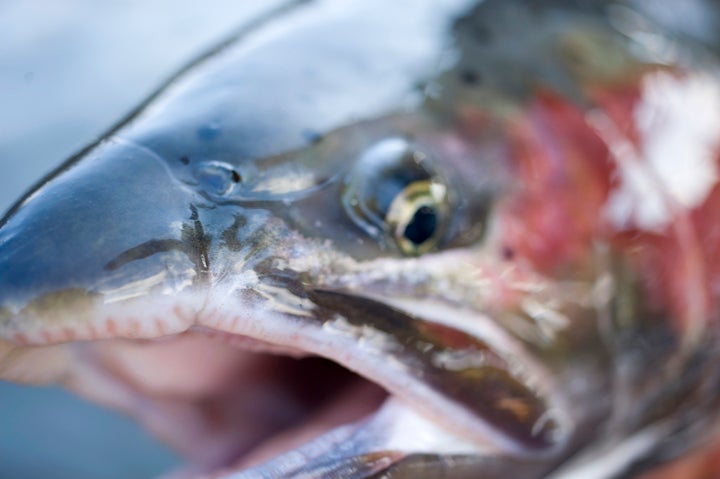 It seems as if the story I posted at the end of last month about the potential world record steelhead is not fading away (click here for photo of the beast). If fact, it’s getting bigger and more people are weighing in on all sides.

Personally I find record chasing pretty silly myself. Far to many fish are killed in the name of line class records, let alone the top spot of biggest fish out there. I also have nothing against taking a fish or three every once and a while for personal consumption, but purely for bragging rights?

I wanted to post a letter that just came across my desk from the head of the Wild Steelhead Coalition. Some people find it ridiculous that it’s even still legal to kill a wild fish out of a river that has not met escapement (the number of fish allowed to escape the fishery and spawn)in 9 of the last 17 years.

Here’s the letter. Let me know your thoughts on this sensitive subject.

As many of you have surely heard a potential record wild steelhead was killed last February on the Hoh River, see link.
http://seattletimes.nwsource.com/html/othersports/2008827081_outn08.html///

While legal, it is certainly tragic that this magnificent fish was selfishly killed and not delivered back to the stream to propagate future fish to the gene pool. Although the size of this fish garners much attention, we also have to remember that all sizes of steelhead contribute to the diversity of the gene pool and it is also tragic that these fish continue to be killed under failed and misguided management schemes.

As many of you know, the Hoh River was chosen as one of the Wild Steelhead Coalition’s projects this year. The Washington Department of Fish and Wildlife and the co-managers have continuous disagreements and potential litigation action on escapement levels and the co-managers continue to argue for higher share of the harvest rate, while many anglers choose to return their fish unharmed to spawning population. The Hoh has been highly irregular in meeting it’s escapement levels in the last decade and is in danger of going to the way side of so many other great steelhead streams. The rules still allow sport harvest on the river and is under increased pressure has a convergence of many more anglers crowd it’s waters as other rivers are either listed or seasons shortened to protect wild steelhead runs, often as reactive measure.

Here we have a river that includes the needed habitat to support wild fish as well as further habitat protected through the efforts of the Hoh River Trust. There is no hydro, no hatchery, (although it is stocked with hatchery fish), it’s a shame that the only thing standing in the way of the Hoh is continued aggressive harvest strategies that the river cannot support.

We have control to reverse this trend as conservationist-lets do it! It is the hope that this selfish act can engage anglers in some way to demand better conservation to one of the last great wild steelhead rivers before it is too late.