Last week’s Fly Talk contest was a bit different than the usual contests we run. Instead of writing the best... 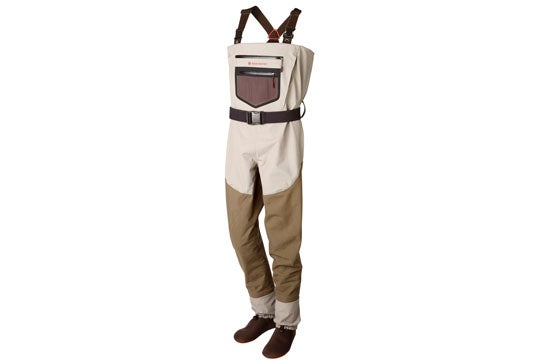 Last week’s Fly Talk contest was a bit different than the usual contests we run. Instead of writing the best caption to a funny image, we asked you all to come up with the fishiest anagram using the words ‘Redington SonicDry Waders”, as this was the prize that was up for grabs. This was quite a popular contest with about 250 entries, which made for quite a bit of reading…

After a bit of deliberation, I have to award the Redington SonicDry Waders to NateS, who wrote: “I DON, WADE DRY, SCORNING REST.” Nate, hit me up at tim@anglingtrade.com with your size and contact info, and I’ll get you set up with some new waders. I like your style…

There were others that caught my eye and were in strong running for the win. I’ve posted those below for everyone’s reading enjoyment. Thanks to everyone for participating and making this a great contest.

from simulate, who wrote: “In Red Water, Rod Sings On”

from woolybugger_78, who wrote: “Synergistic Wonder and Rod”

from jcmesq, who wrote: “‘redington SonicDRy Waders’. (I switched the three R’s around. Do I win, now?…)”

from BuckproIndy, who wrote: “Got Rare Wind, Dry in Seconds”

from Sven_Katur, who wrote: “Doc grinned, ‘So dry in waters!'”

from troyalexander508, who wrote: “Dressing Good N Dry In Water”

from pfabian, who wrote: “icy wind: send a stronger rod”