A Recipe To Boost Your Fly Tying

I’ve been tying flies for years, but it was getting a little stale for me lately, I have to admit.... 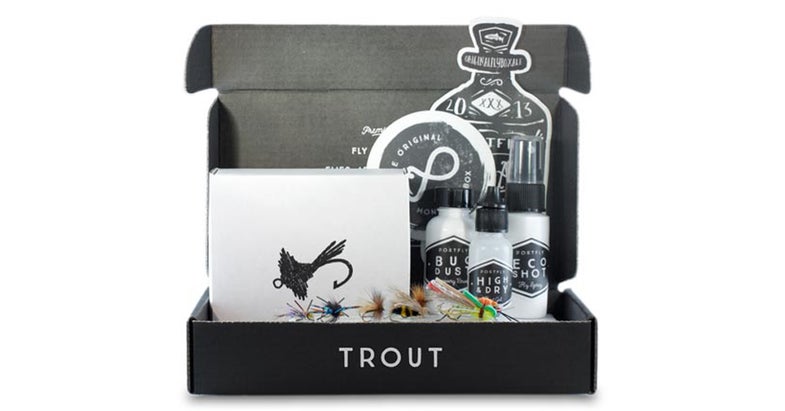 I’ve been tying flies for years, but it was getting a little stale for me lately, I have to admit. I felt like a short-order cook, frying up the same old burgers (or woolly buggers) over and over. And though I love hooking a trout on a bug I spun up myself, I was lazy about my tying. I needed a shot in the arm.

Then a friend told me about Postfly, a company that will send you hand-tied flies through the mail as a regular subscription (you can choose among trout flies, saltwater flies, etc.). More recently, though, Postfly started offering fly patterns that you can tie yourself. It’s kind of like Blue Apron, but instead of shipping you recipes and ingredients for meals, the company sends you fly recipes and materials for fish. Once a month, you get a little box with everything you need, including detailed instructions, to tie a half-dozen flies in a certain pattern. With a vise, some basic tools, thread, and head cement (or super glue), you’re good to go. Right now, I’m working on tying Fish-Skull Sculpin Bunnies. Postfly costs $19 a month, or $169 per year (three months for $49, and six months for $89). Sure, you can just go buy a half-dozen flies for $19 from most any place. And, sure, fly materials are cheap, and there are great books to guide you along the way (my current favorite is called _Simple Flies_, by Morgan Lyle; more on that later). But the real perks of a Postfly subscription are convenience and inspiration. It really has prompted me to shake off the cobwebs and learn some new patterns, which I can always revisit and tie more of, if I like how they work.

The recipes are pretty simple and easy to remember. There aren’t a zillion parts to these patterns, either. And they’re good all-around bugs that should work in most places. If you’re new to tying, Postfly is a good way to get rolling and teach yourself. And if you’re into tying already, this is a nice way to branch out, build the arsenal, and try some patterns you might not already have in your box.