An Amazing Bit of Outdoor Photography

Earlier this week I stumbled upon one of the cooler pieces I’ve ever seen in regards to outdoor photography. As... 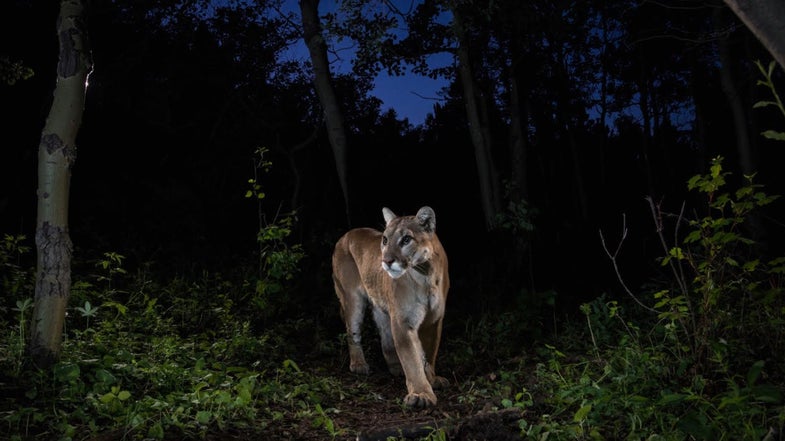 Earlier this week I stumbled upon one of the cooler pieces I’ve ever seen in regards to outdoor photography. As both a photographer and a lover of the natural world, I was blown away by what photographer and Ph.D, Jonny Armstrong has accomplished with some motion sensors, an SLR, a few flashes, and as the piece says, “plenty of battery power.” What does this have to do with fly fishing you might ask? Not much, other than I’m starting down this road myself (more on that later…) and I thought you folks would really appreciate this bit of trickery in regards to wild animals and photography.

The piece I referenced above was written by Matt Miller over at Cool Green Science and profiles Jonny and what he’s accomplishing with his innovative setups, not just simply capturing animals with trail cameras, but eloquently lit and composed wild animals in their natural habitat. He’s got mountain lions with deer kills, owls flying in to land, mule deer looking for food, and martens staring right into the camera. They are stunning.

So, back to the fishing part … When I say starting down this path, I do mean in quite a bit of a lesser form, but it will be underwater and with a special, water-proof flash housing and long sync cord lent to me from the good folks at Aquatech Camera Housings. I’ll be spending the better part of this week in British Columbia on a film project I’m involved in and have elected to ditch the weight of fishing gear for more camera stuff (stupid I know). I’ll be exploring the Damdochax drainage for steelhead and salmon and am excited by the possibilities of what some off-camera “studio” lighting can accomplish underwater. I’ll be sure to let you know how it turns out. I have a feeling it’s going to be a steep learning curve… While you’re waiting for my blurry overexposed images of steelhead swimming around, do your self a favor and spend some time with the piece by Matt Miller.