Are You Now Itching to Fly Fish in Cuba?

So President Obama, at the urging of Pope Francis, and in cooperation with Raul Castro, is “normalizing” relations between the... 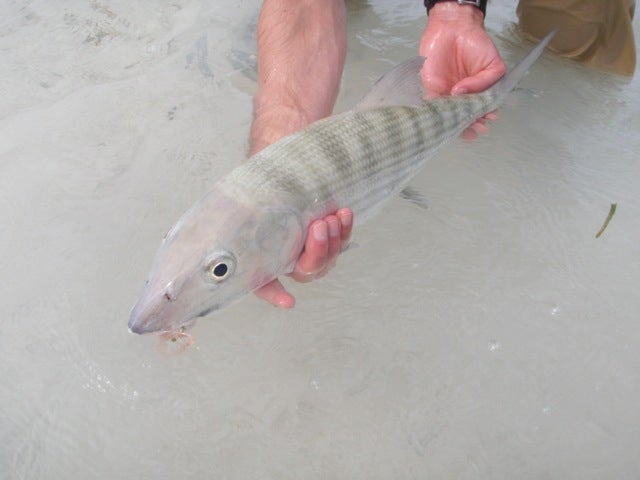 So President Obama, at the urging of Pope Francis, and in cooperation with Raul Castro, is “normalizing” relations between the United States and Cuba. How that all sits with you, personally and politically, is entirely up to you, of course.

But the one simple fact that relates to our world of fly fishing, is that one of the finest flats-fishing destinations on the planet (a short hop from the Florida coastline) will likely soon be legally wide-open to American anglers. The question is, how many of you are going to jump at the opportunity to go there? It’s close. And it’s cheap. And the fishing is very, very good.

Truth is, American anglers have been visiting and fishing Cuba for years. I’ve been told that it was actually a simple deal. An angler would fly through a “neutral” spot like Cancun, Mexico, tuck a few bills in his passport when entering customs, and nobody stamps anything. The angler is invisible to American authorities, and if he behaves himself, and doesn’t make any mistakes, he passes back through Mexico, and everyone assumes he’d been drinking margaritas and listening to mariachi music.

Of course, most other countries don’t have a problem with their citizens visiting Cuba. So Canadians and the Euros, South Americans, etc., have been visiting and fishing Cuba for years. It isn’t like those Cuban bonefish, tarpon, and permit haven’t seen any flies for the past few decades.

I have heard that parts of Cuba are absolutely stunning, and still relatively “virgin” in comparison to the flats of Belize, the Bahamas, and elsewhere. I must admit, I am intrigued. But then again, I wonder if a sudden influx of gringos will diminish the experience.

I asked my friend, Jim Klug, of Yellow Dog Fly Fishing Adventures, by far one of the most “dialed” fly-fishing travel companies in America, what he thought. Here’s what he said:

“The moment this news was announced, our phones literally blew up! We must have had over a hundred calls that first day alone. People are ready to fish Cuba, and they are chomping at the bit to go there. The reality, however, is that the infrastructure for guided fishing–legitimate, professional guided fishing–is only so large. Most spots are already booked for 2015, and quite a few for 2016. The attitude that people need to have is to take their time, realize that nothing about the Cuban FISHERY is going to change, and do it right. Get in line, and fish with the right people down there.

“Another thing to realize is that this is not a situation where the fishery has been totally closed and untouched by the hand of man for the past 60 or so years. The operator that we work with has been guiding and fishing clients down there for close to 20 years–Europeans, Canadians and plenty of Americans! It is not the untouched Disney-esque fishery that many Americans think it is. It is an amazing fishery, and one that is well worth visiting, but it is still a saltwater destination subject to the whims of weather, conditions, fish behavior, etc.”

I think that’s an important reality check. The lesson is that, if you want to fish Cuba, you must be pragmatic, and zero in on the right place at the right time, with the right operator. No different than any other “adventure fishing” trip you might plan, anywhere else in the world. Cuba might open to Americans, but Cuba fishing will be far from “wide-open.”

Politically speaking, I’ve always been of the opinion that fishing is an apolitical pursuit, and the culture of fishing has no boundaries. I have fished in places like Russia, and Bolivia, and Nicaragua, and elsewhere, and in my experience, some of the most friendly and comfortable adventures have happened in countries that are not always closely aligned with the United States. In fact, some of my least favorite experiences have happened in countries that supposedly are. Fishing is fishing. And people who get it, get it, no matter what flag they live under.

But I am interested in your opinions, and will certainly respect what you all have to say about the prospect of fishing in Cuba.