Can Fly Fishing Save the Amazon? 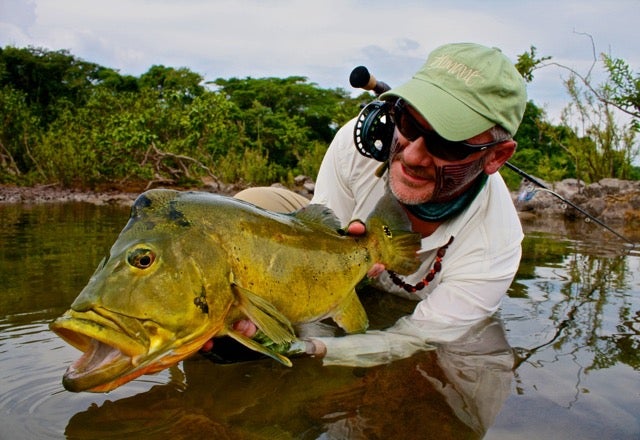 There’s also a cost to the indigenous people — there once were millions. Now there are far fewer in-tact native cultures.

Interestingly, fly fishing may just be the answer that keeps some of this alive. Will fishing save the whole rainforest? Well, no… but it is the platform upon which large tracts of land, many endemic species (fish and others) and native villages are given a chance to stay as they are. It’s already happening in places like Bolivia and Guyana, and it’s happening more and more in Brazil.

When we did the story on catching arapaima in Guyana, sure, it was about catching giant jungle creatures. But it was more important to understand what Costa (sunglasses) has done to support Rewa village. The natural resources in that region (which is not technically in the Amazon, but it’s part of the same discussion) are better off today because a handful of people go to fish there every year.

In Bolivia, there’s a thriving sport fishing operation that supports villages. I was there, at the table, when the tribes signed on with their thumb prints.

The thing is, fishing in South America is astounding. The resources there are shockingly good. We have it good in North America. South America has it great.

Here’s a little secret: The next big thing in jungle fishing is Rio Marie’… the Rio de Gigantes (river of giants) where 20-pound peacock bass swim in surprisingly consistent numbers. It’s all fly-only. It’s all catch-and-release. The Fly Shop in California is the exclusive booking agent, and the outfitter is Untamed Angling.

You can expect the stories and jungle adventures to continue, as I think jungle angling is one of the most exciting, and most important, fishing stories of our time.