Last month I had the privilege of doing a week long commercial photo shoot with the fish-heads at Scientific Angler... 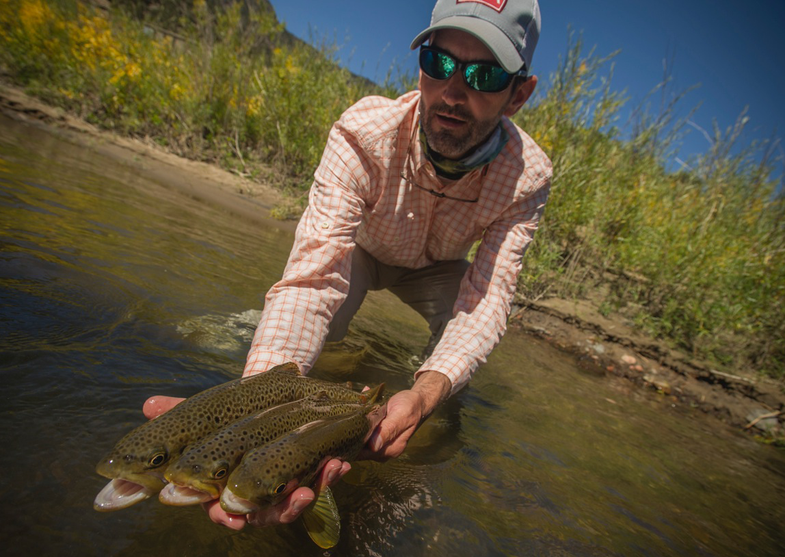 Last month I had the privilege of doing a week long commercial photo shoot with the fish-heads at Scientific Angler for much of their 2015 creative content. As you would imagine these guys know how to fish, and I’d thought I’d seen it all until friend and director of wholesale for the company, Brad Befus starting getting ninja with his nymph rig one afternoon in an especially productive run. He caught three fish in three casts and after the second one I decided that we might as well keep them in a separate net in the water for a photo.

Anyway the resulting image was made and whomever writes the best caption to it will win both a 6-wt. SharkWave Siege and a 5-wt. Frequency Boost fly line from the company.

Good luck and get writing!