Last weeks caption contest had a ton of entries making the picking of a winner a bit difficult, but I’ve... 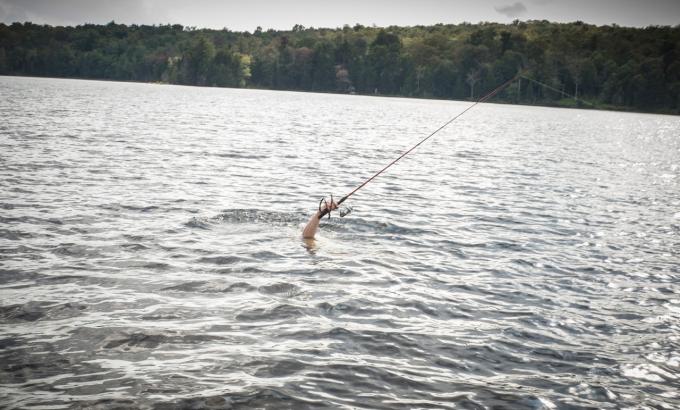 Last weeks caption contest had a ton of entries making the picking of a winner a bit difficult, but I’ve finally settled on one.

It was a tough decision, but bjerk1 who wrote, “Today’s advanced fishing techniques are well over Charlie’s head.” did it for me. Short, simply and to the point. bjerk1, congrats! Send me an email with contact info to info@timromano.com and I’ll get your stuff put in the mail.

Below were some of my favorite captions and all in contention for winning.

from -Bob who wrote, “Another diehard ice fishermen working the preseason…”

from Redhawk who wrote,”You can’t catch ’em if you can’t see ‘em.”

from Kris Saeger who wrote,”‘I swear I dropped the anchor right here”

from Bobby Daniel, “Thought you said you could walk on water.”

from chris casey who wrote, “Yep, that drop off is right about….here!”

from KyleH0222 who wrote, “Charlie, it was just a Budweiser, now get back in the dang boat.”