Finally… We’ve picked a winner from the caption contest from a couple of weeks ago. As usual, the choices were... 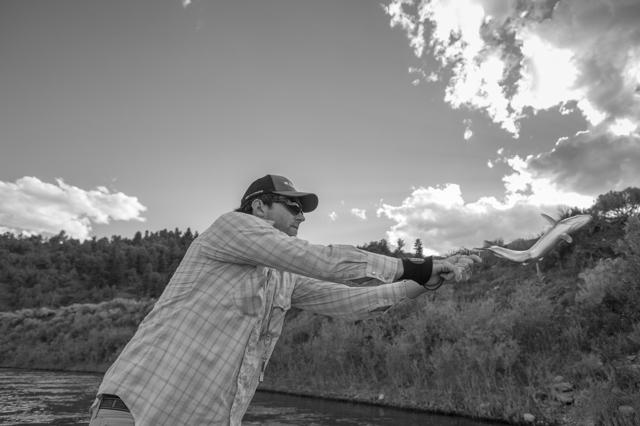 Finally… We’ve picked a winner from the caption contest from a couple of weeks ago. As usual, the choices were tough and there were quite a few potential winners for the Douglas 3wt Fly Rod.

My favorite goes to KC Angler, who wrote, “His extension is good, but he’d get more arc and distance with a one o’clock release point rather than a three o’clock. I score it an 8.5 overall.”

Congrats KC Angler. Shoot me an email to tim@anglingtrade.com and I’ll get you hooked up.

Below are some captions that almost got it done and are some of my favorites as well as a pretty good joke.

From Asrenstrom who wrote, “His follow-through could use some work…”

From Bassmaster94 who wrote, “The fishing got a little out of hand today.”

From M-Ful who wrote, “Surprisingly, game and fish was not cool with our game of fishball. I’m not sure if it was the using fish as a bat part or the using eagle eggs as a ball part.”

From BAM who wrote, “Fish: “And this is a move I learned from my Asian friends!!!”

From QuietRaquette who wrote, “Rusty soon realized his forward lunge did nothing to help his trout casting.”

From northlander73 who wrote, “Is it unethical to use “the force” for fishing purposes?”

From grizzlyrogers who wrote, “right into the frying pan”

From tncall1 who wrote, “These stocked fish don’t cast nearly as well as the naturals.”

from WhitetailSavage who wrote, “Fish be like… “Watch this kids!”

From wyattfoster02 who wrote this joke in response

“A redneck was stopped by a game warden with two ice chests of fish.

The game warden asked the man, “Do you have a license to catch those fish?”

“Yep. Every night I take these fish down to the lake and let them swim around for a while. Then I whistle and they jump right back into this ice chest and I take ’em home.”

The redneck looked at the game warden and then said, “It’s the truth. I’ll show you. It really works.”

“Okay, I have to see this for myself!”

The redneck poured the fish into the river and stood and waited. After several minutes, the game warden turned to him and said, “Well?”

“Well, what?” said the redneck.

“When are you going to call them back?”