Clean Fishing Water is Not a Political Issue

Usually, I write a blog post, and move on. My job is to drop the puck. I then hope you... 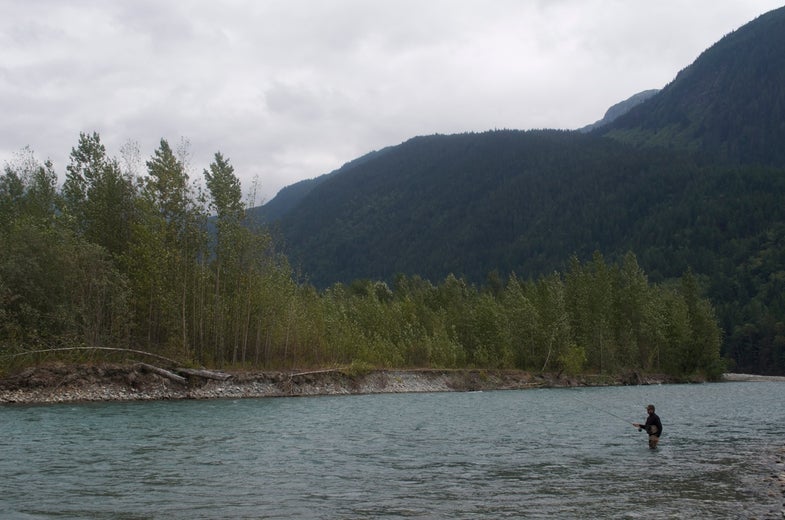 Usually, I write a blog post, and move on. My job is to drop the puck. I then hope you all engage in some healthy debate.

But some of the comments from my last post on the Animas River in Colorado got me thinking that a follow-up post may be in order.

That river got wrecked by a 3,000,000-gallon spill of mine waste, caused by the EPA, yet created by the mining company. The jury is still out on what that will ultimately mean to one of the best fly-fishing rivers in America.

I made a few points: I said that I was bummed that this happened. I said that the EPA was directly at fault for the breach. I also said that the real problem was the toxic crud that was left by the mining company to begin with. I said I hoped this would be a lesson that would teach us not to leave toxic sludge by fishing rivers in the future. And I said that I hoped the Animas would recover from this accident. That’s pretty much it.

I stand by everything I said.

And yet, some of you think that this paints me as a liberal, greenie radical.

As such, I want to be clear on a few points.

First of all, I stand for fly fishing, foremost, and as such, I stand for the rivers that make fly fishing possible in the first place. That’s my agenda, and I’ve always been clear on that.

Second, I am a free-market economist, and the fact of the matter is that, in this day and age, outdoor recreation, be that fly fishing, or kayaking, or rafting, or the train that vacationers ride along the banks of the Animas every day, is by far, the main economic driver in the region I wrote about. It far, far surpasses the hard-rock mining interests, and that’s not even close.

Third, the truth of the matter is that most of the minerals mined in North America (and throughout the world) these days, end up in China. So if you want to criticize me for my bourgeois ideal that an American citizen should be able to enjoy a natural setting and recreate with a fly rod on these resources protected by American ideals… well, that’s your prerogative, “comrade.”

Teddy Roosevelt created our national parks. And the Environmental Protection Agency? Created by none other than Richard M. Nixon.

There was a day when people of all political persuasions respected the value of open spaces, and natural resources, and wild rivers, as part of our American heritage. It’s saddens me when some who claim to be “anglers” willingly abandon this ideal now.

We all must do a better job of speaking up on behalf of the fishing/recreation industry, because that’s every bit as important and powerful as any other in this country. Fishing, and the resources that support fishing, are not political issues, they’re cultural issues.

That’s my two cents. I just dropped the puck again. You can take it from here.