Dispatch from New Zealand: “The Fish of One Cast” 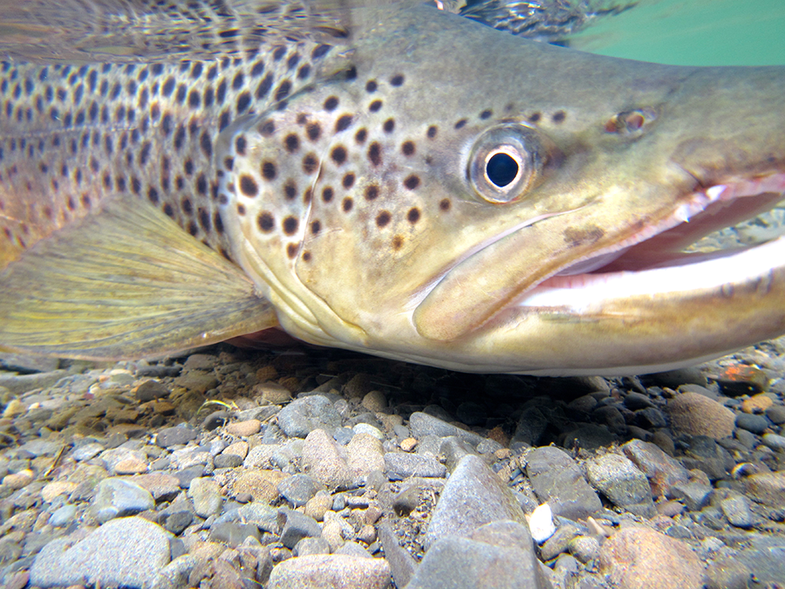 They call steelhead “the fish of 1,000 casts.” And the vaunted muskellunge is even “the fish of 10,000 casts.” I love these species dearly, and though I honestly haven’t spent that much time, or that many casts, chasing muskies, I have put in 10-to-the-third-power (many times over) toward chasing sea-run chromers throughout the Pacific Northwest. That game is about covering water, and searching for the hidden prize. It’s all inherently beautiful, and I wouldn’t trade any of that for the world.

But truth is, the fish that by far flips my switch most at this point in my angling life is the “fish of one cast.” A wily, old, wild brown trout, tucked subtly in a river seam, in a spot that few would be able to find, and fewer still are able to drop a fly. To be perfectly clear, “the fish of one cast” isn’t the trout that eagerly grabs the first bug that floats its way, rather, it’s the fish that demands your best shot on the first cast. You try to put everything in the fly-fishing game together at one time: spot the fish, read the water, choose the exact fly, have the right rod, make the perfect cast, float that fly with a perfect presentation… Then, only then, if you do everything exactly right, you have a good chance. Make any big mistakes, and it’s usually game over.

That’s exactly why I came to New Zealand.

It’s also the main reason why it took me over 20 years to muster the gumption to make the journey. I wasn’t sure I was ready.

I think a lot of us equate distance from the Lower 48 to ease of fishing, which is often true when you go to Alaska, Argentina, or other places where the trout or salmon either haven’t seen that many flies, or where there is such an abundance of fish that none of that matters. What I have learned in my first three days in NZ is that nearly all the fish are giant, old, wild and extremely smart. To be sure, there are places in this country where you can roll up the numbers and bend a rod until your arm gets sore. But if you want to play at the “top of the game” for big browns, there is no place quite like the South Island. And no place to do it like Riverview Lodge and the Waiau River.

Now, to be fair, the big NZ brown will, in fact, often give you more than just one cast. If she sees your fly and doesn’t eat it, you can switch and start over, so long as your cast and your wading don’t spook the fish. Sometimes, in fact, you can spend hours on the same fish, make 30 fly changes, and finally hook it. I’d have never believed that before I came here, but it happens. I have learned more tips on sight fishing here in two days than I have in years.

If you follow along over the next couple of weeks, I promise to share the “how” and “why.” Trust me, this story is going to get really, really interesting. It started with a 10-pound brown…