Diving with the Fish Makes an Angler Smarter

I make no bones about the fact that the one sport I love almost (a very close almost) as much... 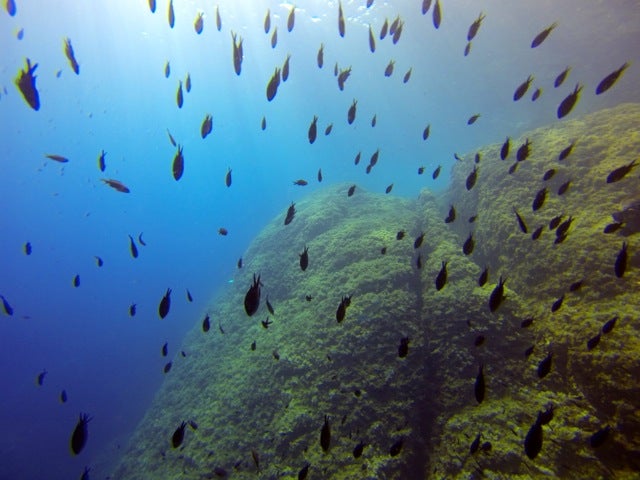 I make no bones about the fact that the one sport I love almost (a very close almost) as much as I do fly fishing is scuba diving. I’ve been fortunate enough to dive the Pacific, the Caribbean, the Atlantic, and the Great Lakes, and last week I added the Mediterranean Sea to the life list, diving near Portofino, Italy. That was especially cool, because this general region is where the concept of the self-contained underwater breathing apparatus was conceived and developed in the first place.

Thing is, as an angler, I always learn something new that can be transposed to fishing when I am diving. My “Going Deep” stories for Field & Stream are some of my favorites, and readers’ favorites as well.

I’ve snorkeled with fish in rivers, lakes and oceans also, but that doesn’t quite do it like diving does. It’s very advantageous to be able to go hang onto a rock and let things really settle before you can make quality observations. Too much huffing and puffing through a tube limits the ability to blend in.

This last time out, I spent a lot of time watching baitfish react to sunlight, passing clouds and weed structure. Interesting. The sunlight is definitely a turn-off, as when the brightness pops through a cloud formation, the fish I was watching liked to point down and head deep. When the sunlight is covered again, they glide up.

I have no idea if this was a one-shot deal or something that might transpose to freshwater as well. I think I will find out.

In fact, given what GoPros can do these days, I believe it’s time to revisit the “Going Deep” concept in video format.

I’ll start with trout. And I will ask again what it is that interests you the most. What do you wonder about when you are fishing for trout? The best five questions will comprise the framework of the story, and you will be credited accordingly.