Do You Consider Yourself “Lucky Enough?”

Truth is, I spend most of my days reading and editing stories. Sure, I devote a fair amount of time... 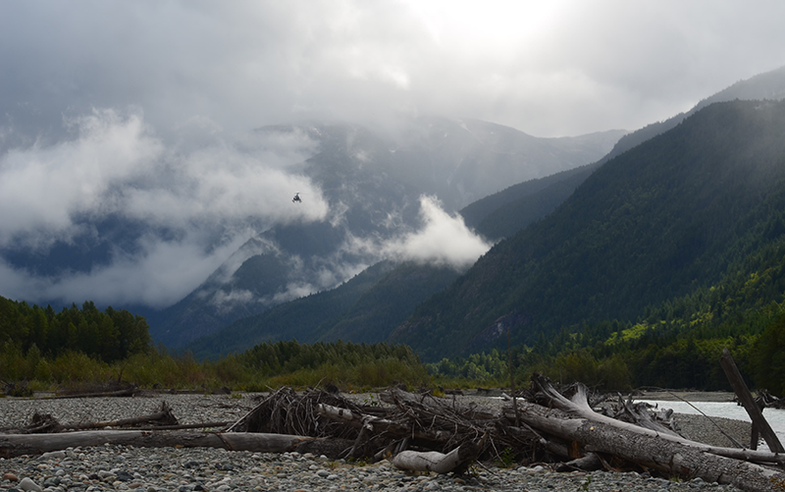 Truth is, I spend most of my days reading and editing stories. Sure, I devote a fair amount of time to writing stories. And beyond that, I spend a good deal just plain fishing, often in pretty cool places. It’s all a very sweet situation, and I certainly have no complaints. But when all is said and done, don’t doubt that I am an editor.

Things get busy, and there are deadlines, and I get stressed, and all of that. So when my 14-year-old son hands me his English class paper assignment to edit, of course, as a dad, I’m going to give it the right attention and do my best to help. But there’s a difficult layer there or me, because I do this “writing” stuff for a living. I’m not a teacher, and I don’t know where to draw the line between gentle support and otherwise.

My son Paul’s essay assignment was about where you live, and who you are, and all that. And Paul did a pretty decent job of covering the basics, but he concluded with a line that I could not have conjured if I tried. Beautifully simplistic and brutally honest.

And while that might seem like a Yogi Berra-sim, from a 14-year-old, it pretty much captures much of what I’ve spent nearly half a century to grab. For me, there are two geographic things that ultimately matter… big water, and big rocks. I was born in Toledo, Ohio, and I still very much remember a trip where my parents drove me and my little brother across the country to spend a vacation at the YMCA of the Rockies in Colorado. I was seven years old. And I can still replay the scene of seeing the silhouette of the Rockies for the first time, after a drive that seemed like forever through the Plains. I was immediately smitten. I’ve never lost the fascination.

Same can be said for every time I stand on the shoreline and watch ocean waves break over the coast in California. Or watching the sunset somewhere along the Gulf of Mexico, or over Lake Michigan, which I contend is the most beautiful sunset to behold anywhere. Sometimes, living in Colorado, I miss big water. But I love my mountains, and I wouldn’t trade them for anything in the world.

The fact that my son is happy in his place–a place his mother and I strived to live in, and a place that nurtures my essence as an outdoors writer and editor–is the tallest praise I could hope for. He’s going to be far better than me at trout fishing, and elk hunting, and all the other things that come from the mountains. I’ve seen some mountains (like these in British Columbia) that he’ll have to earn a shot to see and experience for himself.

But he gets it. And in that regard, I consider myself more than “lucky enough.”

Have you seen and done enough to call yourself “lucky enough?” or do you still have some miles to roll? And if so, where would they be?