Do You Remember the Fish That Changed Your Life?

I daydream about trout all the time. But my night dreams are almost always owned by tarpon. I’m a trout... 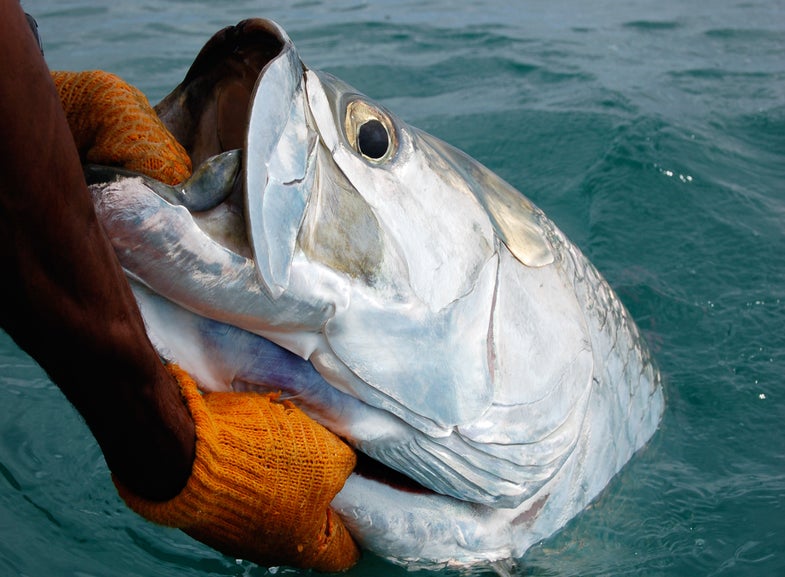 I daydream about trout all the time. But my night dreams are almost always owned by tarpon.

I’m a trout angler by pedigree, and I make no apologies about that. I was born on the Great Lakes, went to school in the Great Lakes region, and subsequently fell in love and got married among the Great Lakes. All my ancestors, on all sides, are buried in cemeteries within a short drive of one of the Great Lakes. My forefathers all wore Union blue (though I have researched whether I’m related to one of the great Confederate “Hill” generals—my mother’s maiden name—from the Civil War, but it’s not there.) I’m a total Yankee blue-blood.

And I firmly believe that fly fishing revolves around trout. I’ve dedicated my life to trout fishing. If you asked me the proverbial “If you had only one day” question, without hesitation, I would tell you that I’d spend that day chasing rising trout on some Northern stream.

But the funny thing is, I cannot tell you about my first trout on a fly. I don’t remember a particular brown or rainbow because they’ve all blurred together. And though I can indeed recount stories about catching species like arapaimas or golden dorado in the jungles of South America, or [Atlantic salmon in Russia](https://www.fieldandstream.com/blogs/flytalk/2013/05/atlantic-salmon-dispatch-russia/ steelhead) and Alaska, or redfish on the Louisiana marsh, they also blend together.

But I damn sure remember the first time a silver king ate my fly. And that memory still haunts me to this day. Right down to my socks.

I was fishing with guide Al Keller, more than 20 years ago. Back then, my wife and I would visit her parents in Naples, Florida, and as a diversion, my father-in-law would take me fishing for a day on the Everglades flats. We’d mostly fish for snook. Occasionally, we’d see a tarpon and cast at it. It was cool, back then, just to fish in the Everglades and try something new. On one particular day, my father-in-law (Fred) had booked a neophyte guide named Al Keller, but Fred had to bail on the fishing trip because he had a golf outing—so my wife, Sarah, and I went out with Al on the half-day excursion. (It was paid-for, and young Al had become Fred’s favorite guide in the area, because he was just young enough and just hungry enough to stick to the mantra of fly fishing when all the other guides were about throwing bait and chasing numbers.)

We sped across a flat in the 10,000 Islands, not far from Sunday Bay, when Al eased off the throttle and pointed out two “laid up” tarpon. I grabbed my rod and tottered to the bow. “Which end is which?” I asked, and Al said, “Shoot left, and see what happens!” I made that cast, probably because I was too stupid and too green to realize what was really going on, but as soon as the fly hit the water and I started stripping the bug, a giant silver torpedo began shaking its tail and tracking the fly. Holy cow—it ate it! I strip-set, and boom. Crash, shudder, shake (I’ll never forget the gills rattling and how that molten silver rocket leaped over the surface). My knees went weak.

I fought that fish (a legit 100-plus-pounder) for half an hour. But I wasn’t ready. I wasn’t good enough.

Eventually, the tarpon played me into a stalemate, and hunkered down in a deep recess in the mangroves. And though I strained and pulled, and hoped desperately to find the end game, the line ultimately went slack, and I was done. I don’t remember whether Al or I was more crestfallen at that moment.

I’ve since become obsessed with tarpon. I would later learn, while fishing with Bill Curtis, and Rick Murphy, and many other great flats guides, how tarpon could live to be 80 years or older. I came to respect how these precious, ancient dinosaur fish could be older (and smarter) than I am. That eased the pain of my earlier fail, but it also strengthened my resolve.

To be sure, I eventually landed a silver king, many times over. But my respect for the species never diminished. In truth, it grew. And grew. And grew.

So now, I’m heading back to Florida. Without a story or any agenda in mind. No money. Just the essence. I’m going to reconnect with Al Keller, who has since become one of the most decorated flats guides on the Gulf Coast. I think it’s almost poetic justice, and that Fred (who passed away four years ago) would be happy.

I think tarpon are the ultimate “why” fish, and just by being there, that’s a win. At least, I’ll be able to smile as I sleep at night. I’ll be at peace with the dreams.