Fly Fishing and the Practice Factor

Practice? We’re talking about practice? Yeah, I know. I’m a Philly guy and I remember the whole Allen Iverson thing.... 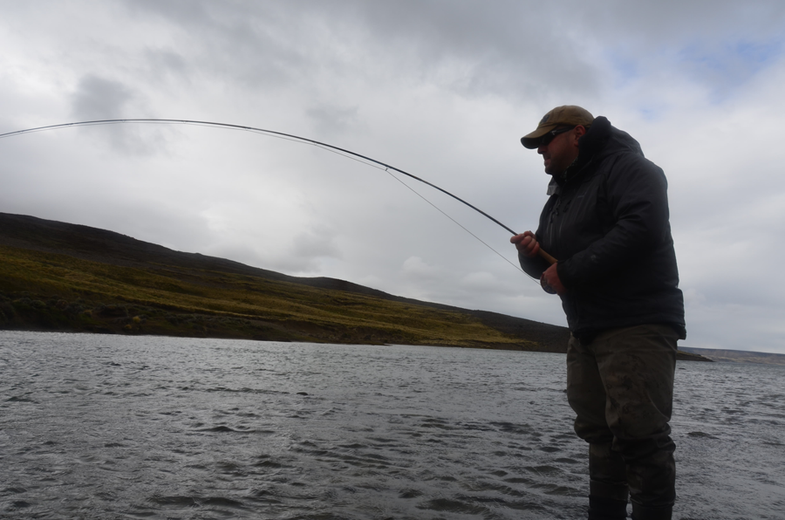 Yeah, I know. I’m a Philly guy and I remember the whole Allen Iverson thing.

But a very interesting thing happened the other night as a result of my son Paul’s piano recital (yes, there is a fly-fishing correlation to be had here), and I thought I would share some insights. For the record, Paul did a fantastic job, and I was most proud of him. But after the piano recital was over, Paul realized he missed a few notes, and he was bummed out. I’m glad he was because, as a parent, I want him to self-evaluate and set high standards.

Paul chose a piece of music that was a stretch. It’s always important to stretch yourself. And while I told him I was proud (which I was) and I was glad that he made the reach (which I was), we also ended up having a little chat about practice.

A great musician plays to the point that he will never throw himself, nor anyone else in the band, off the song. A great golfer hones the perfect swing, and when she misses the target by 20 feet, that’s a mistake. A great baseball pitcher expects to throw a strike. And so forth…

So why are fly anglers so often pleasantly excited by having made the right cast in the right place? Even in the stories we read, it’s like the extra icing on the cake when the angler makes the right cast at the right time.

When we talk about hunting, or almost any other sport, it’s always about skill and patience, not luck. We expect a great hunter to make a clean, ethical shot. Why should fly fishing be any different?

Practice your casts. Make them count.

I’m not bragging, but when there’s a trout rising in a run, and I step in to make a cast, not only do I expect to make the shot to hook up on that fish, I am surprised and disappointed when I do not. Every time I step into a run, be that a dry-fly situation or swinging a steelhead fly on a sinking tip, I expect to hook up on a fish. More often than not, I do not. But my mind is in a place that I expect results. I am not wishing for them.

Why? Because I practice. I still practice, almost every day. I’ve been around the world, and I have caught more fish than I ever imagined I would.

Today, for example, I spent an hour tossing bonefish flies into a garbage can at the end of my driveway, because I know I’m going to Belize in a week, and I want to be ready. When I get to Belize and that bonefish presents itself, I’m not going to be shocked when I earn an eat. I’m not going to be hoping and praying when I unfurl the cast. I’m going to expect the bonefish or permit to eat. It may not. But I’m going to know that I’ve done my part. And that will be good enough.

That brand of confidence pays dividends–on a trout river, on a bonefish flat, or wherever you fish.

Practice, my friends. Don’t worry about the neighbors razzing you and asking “What are you catching?” as you cast on the street in front of your house. When you’re trout fishing, and you look like you’re flailing away as you try to perfect the dead drift, don’t worry if you don’t catch anything.

Trust me, it will all come back to you someday.

Practice makes perfect. And fly fishing is a game of perfection.